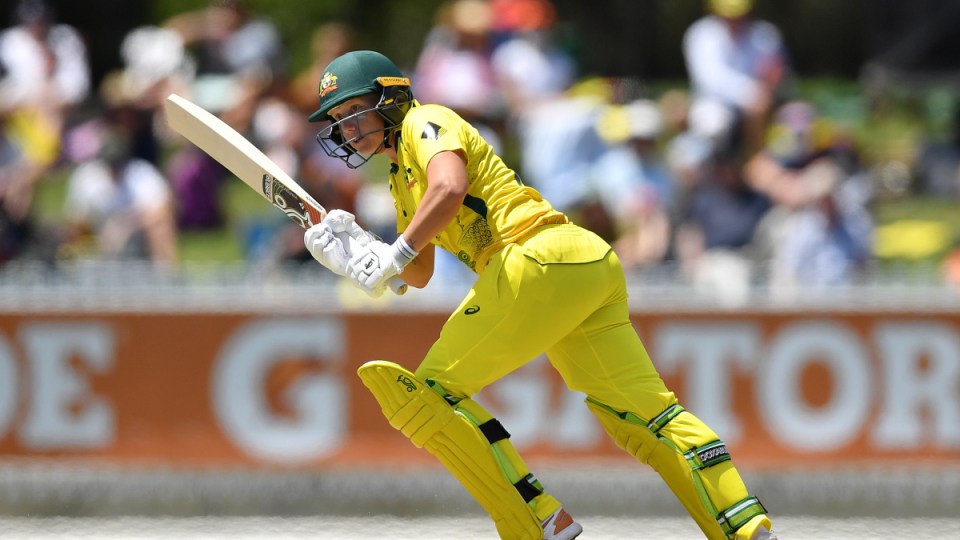 Alyssa Healy says there are encouraging signs she is emerging from a rare dip in form with the bat. Photo: AAP

Alyssa Healy says her ability to fight through a barren Women’s Ashes campaign has left her in good shape to thrive for Australia at the 50-over World Cup in New Zealand.

Australia is already guaranteed to take home the Ashes trophy for a fourth straight time after building an unassailable 10-4 lead in the series with just Tuesday’s ODI match in Melbourne remaining.

Healy is normally one of the team’s star batters, but runs have eluded her throughout the series.

She scored a pair of ducks in the one-off Test, and she managed just seven from her one and only bat in the T20 format of the series.

Alyssa Healy loves what she’s seen from our team during the #Ashes series and leading up to a big World Cup!

Healy’s returns of 27 and 22 in the two recent ODIs have been more promising, and the 31-year-old believes those two knocks have given her an important foundation heading into the World Cup.

“Knowing that the wickets are a little bit tricky, and it’s hard to get started, making those tough runs (in my past two innings) has been the best thing for me,” Healy said.

“It means that my shape is really good. I’m getting in good positions to keep the really good balls out.

Healy has one more chance to make an impact in the Ashes before the team heads across to NZ.

“I’d love to be churning out hundreds or 50s or 60s and setting up big totals for the side,” she said.

“But for me, where I’m at and how I’m feeling, making a couple of 20s … is a nice tick in the box for me to know that everything is where it should be.

“Hopefully I can cash in and go one further, whether that be tomorrow or in a couple of weeks’ time.”

Another big positive that came out of Australia’s five-wicket ODI win over England on Sunday was the return to form of all-rounder Ellyse Perry.

Perry snared 3-12 before cracking 40 off 64 balls to guide Australia to victory.

“That six she hit over mid-off was a shot that I’ve never really seen Pez hit before with that shape and flair,”  Healy said.

“That’s really exciting signs for us leading into a big tournament, that she’s hit her straps at the right time, and probably a concern for other sides around the world.”

The Ferguson Report: Dutton to see here, just the Leader of the Opposition. Move along
Pat Cummins urged to tell the ugly truth
Today's Stories