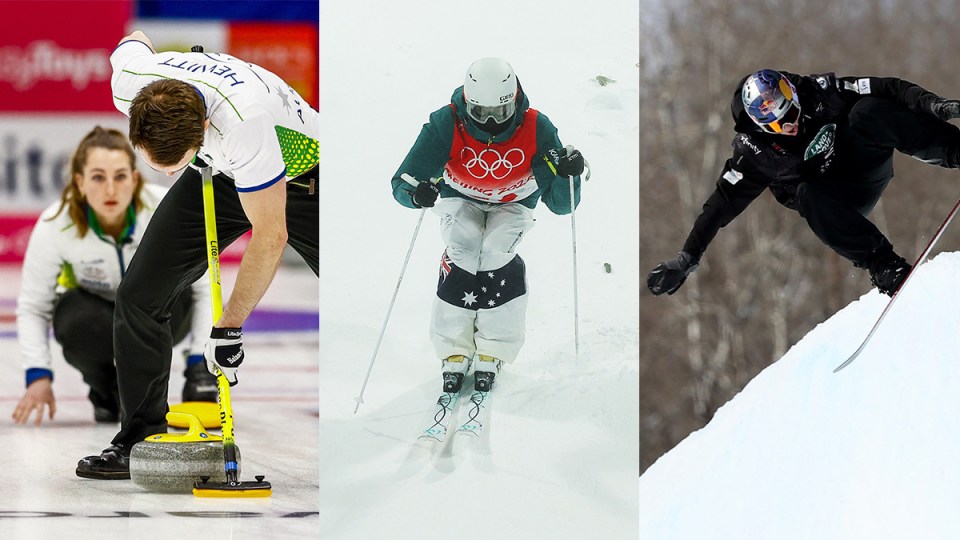 This year’s Winter Games will be the first time athletes compete on almost 100 per cent artificial snow. Photo: TND, Getty

The Beijing 2022 Winter Olympics are hours away from kicking off, barely six months after the Tokyo Games wrapped up.

Forty three Australian athletes – 22 women and 21 men – will go for gold at Beijing 2022, which will lean on almost entirely fake snow.

And that’s just the tip of the proverbial iceberg.

For years now, the Beijing government has been accused of committing atrocities against the Uyghur Muslim population in the north-western Xinjiang province.

More than one million Uyghurs have been detained in what Beijing calls “vocational training centres” to force the erasure of their culture and religion.

Former detainees have alleged they were systematically raped, sexually abused and tortured.

In response, several countries including the US, UK, Canada and Australia have declared diplomatic boycotts, which means their government officials will not attend the Games.

Tensions between China and the world have only risen after its crackdown on Hong Kong and independent voices.

Most recently, China came under fire for its treatment of star tennis player Peng Shuai.

For nearly three weeks, the Chinese player disappeared from the public eye after she made allegations of sexual assault against Zhang Gaoli, the former vice-premier of China.

Peng eventually denied accusing anyone of sexually assaulting her.

This year’s Winter Games will be the first time athletes compete on almost 100 per cent artificial snow, according to a report by Loughborough University London.

Scientists believe fake snow could become the norm in the snow sports industry as our planet continues to warm.

An estimated 49 million gallons of chemically treated water will be fed through snow machines at the 2022 Winter Olympics.

Fake snow is nothing new at the event, with the Winter Games at PyeongChang, Sochi and Vancouver making use of snowmakers.

But generating fake snow comes at a high cost for the environment.

“Even if powered by renewables, a huge amount of energy is needed which is both costly and can be a significant drain on water resources,” the report said.

The opening ceremony is slated for Friday at 11pm AEDT.

The Games will run until the closing ceremony on Sunday, February 20 at 11pm AEDT.

The ceremonies will take place at the National Stadium in Beijing.

It is the first time Australia has had dual flag bearers at a Winter Olympics opening ceremony, but follows in the footsteps of the summer Games team in Tokyo, when basketball star Patty Mills and swimmer Cate Campbell shared the responsibility.

As usual, some events have already kicked off before the opening ceremony because there is simply too much sport to pack into two weeks.

Catch all the action live and free in Australia on Seven and 7Plus with coverage from noon on weekdays and 10am on weekends.

The accidental hero’s gold medal was the first won by an Australian at the Winter Olympics.

What are the events?

In alphabetical order, the 15 disciplines are:

Australia will compete in 10 disciplines.

The ones to watch

Our eyes will be on snowboarder Scotty James, the flag bearer at the PyeongChang 2018 opening ceremony.

Fan favourite curlers Tahli Gill and Dean Hewitt had a very eventful start to their Games.

Gill had a COVID-19 scare after testing positive upon arrival in Beijing on Saturday. But after isolating for 24 hours, she returned two negative results, giving her the green light.

Good news: Curling has already kicked off in Beijing.

Bad news: Unfortunately, the pair just fell short to the Americans in the opening round of mixed doubles.

Another athlete to watch is mogul skier Britteny Cox.

This is her fourth Winter Olympics, becoming the eighth Australian in history to reach the milestone.

In 2015, then 20-year-old Cox became the second female Australian to win a medal in moguls at the FIS Freestyle World Ski Championships.

Boycotts, fake snow and medal contenders: The Beijing 2022 Winter Olympics are upon us