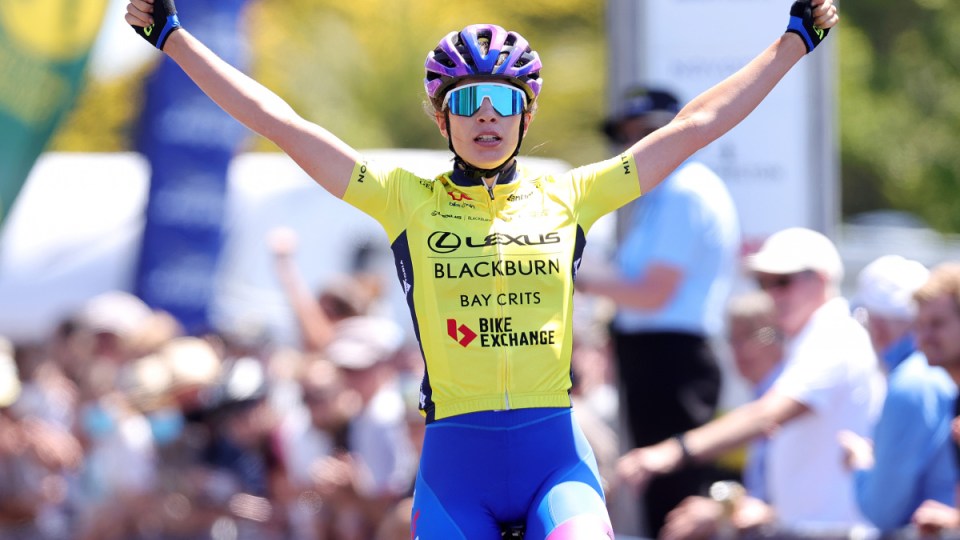 Ruby Roseman-Gannon has extended her lead in the women’s Festival of Cycling in Adelaide but remains wary of stage two winner Maeve Plouffe.

Roseman-Gannon holds an eight-second lead in the general classification over Plouffe heading into Tuesday’s final stage.

Plouffe triumphed in Monday’s stage two as Roseman-Gannon shrewdly collected more bonus seconds points – as she did in stage one – to take the overall lead.

“She (Plouffe) is definitely somebody we’re going to watch,” Roseman-Gannon said.

“I still have a bit of a lead on her … and I’m excited to give it everything I’ve got and I’m keen to go up for the win tomorrow.

“I’m going to give it everything I have.”

Roseman-Gannon’s Team BikeExchange-Jayco colleagues controlled much of the pace on Monday before Plouffe sprinted to the stage victory, with Nicole Frain finishing third.

“I can’t thank my teammates enough.

“The other teams really put it up to us in the final and sent people up the road and made us chase, which meant we didn’t have the perfect lead-in.”

The Stats Guy: What does tourism in Australia look like now that travellers are returning?
Ice-cool Ash Barty takes care of business, positioning herself for shot at glory
Today's Stories