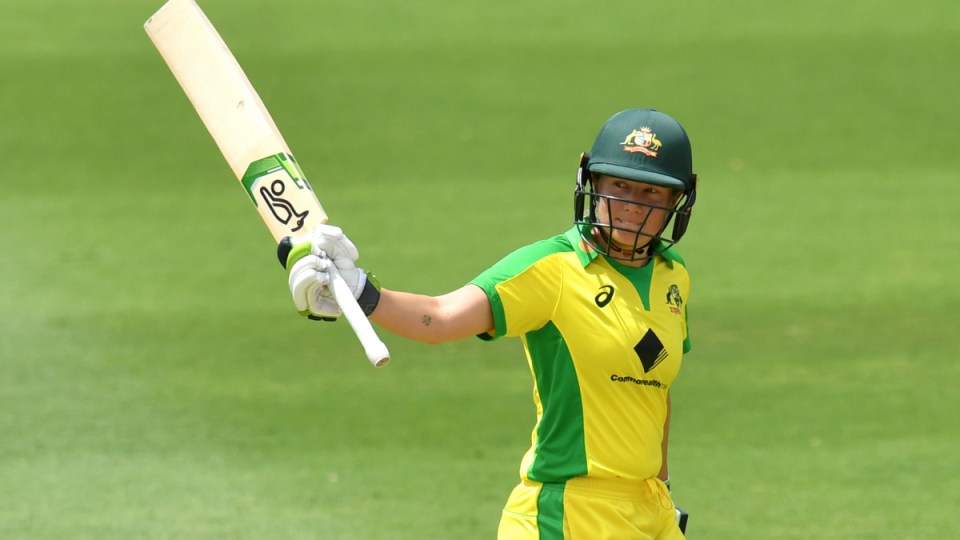 The women's Cricket World Cup will be free to view after Alyssa Healy hit out at Nine Network. Photo: AAP

The women’s Cricket World Cup will be removed from a paywall after Alyssa Healy labelled the Nine Network’s failure to pick up the event as a “slap in the face”.

Healy and fellow players were left annoyed on Sunday morning when it was confirmed that Nine had purchased simulcast rights from Fox to broadcast the next two men’s World Cups.

However missing from the release was March’s women’s ODI World Cup in New Zealand.

That prompted Healy to offer 20 Kayo vouchers to followers on social media.

Foxtel has since confirmed to AAP it made the call on Sunday to make it part of its “freebies pack”, meaning viewers will be able to watch it on Kayo without a subscription.

The move will please both cricket fans and players, after both Healy and Rachael Haynes criticised the move.

“It’s a little bit of a slap in the face to say that we’re not commercially viable,” Healy said.

“That someone doesn’t want to stick their hand up and say, ‘we’re going to put this on the telly so that everyone can watch it’.

“It’s a little bit hard to take in that regard.

“Not having it on free to air excludes a fair chunk of our population who don’t want to pay or can’t afford to pay for subscription TV.”

Under the broadcast structure, Foxtel purchases the rights to all ICC tournaments from the ICC’s global partner Star Sports.

Fox can then on-sell the rights to free-to-air broadcasters, which is how Nine picked up the rights to this year’s men’s T20 World Cup and next year’s ODI World Cup.

Nine also simulcast the 2020 women’s T20 World Cup in Australia, attracting 825,000 viewers for the final as well as criticism for placing it on GEM while Married At First Sight was on the main channel.

AAP sought comment from Nine on Sunday if it had been offered the rights to broadcast the women’s World Cup, but did not receive a direct answer.

The removal of the paywall subsequently came at the same time Haynes called for change.

“It sends a really powerful message to see our female athletes have an opportunity to share in the spotlight,” Haynes said.

“The visibility is extremely important. I am disappointed it’s not on free-to-air TV in Australia.”

Meanwhile Nine confirmed it will screen every game involving Aaron Finch’s side at this year’s men’s T20 World Cup, which is being staged in Australia from October 16 to November 13.

The network has flagged it will broadcast “other big match-ups”, likely to include a blockbuster between India and Pakistan at the MCG on October 23.

Every match at the two World Cups will be screened on Foxtel and Kayo.