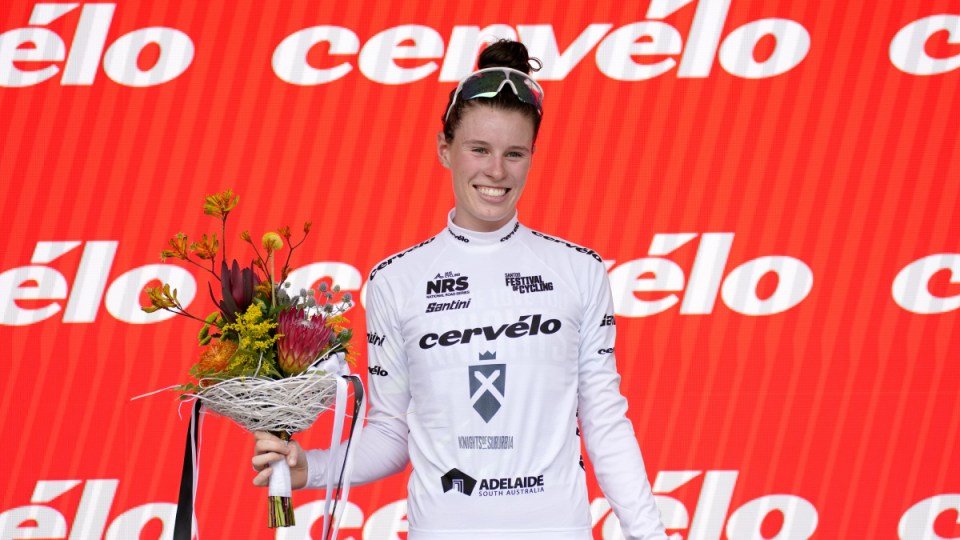 Emily Watts has won the opening stage of the women’s Festival of Cycling event as rain played havoc and caused several riders to crash.

Riding for the Knights of Suburbia team, the 2021 under-23 national road and time-trial champion, was ecstatic with the 85.4km Tanunda to Williamstown stage win.

She said it was her biggest career victory after the 2021 nationals with her team executing a perfect game plan after a series of crashes marred the race.

“There were a few nervous riders since the nationals (titles last week),” Watts said. “The rain added to a little bit of scary riding out there.”

Rachel Neylan, on debut for new women’s UCI team Cofidis but riding for Westpac in SA, was taken to hospital after coming to grief.

Neylan was caught up in the early incident, which involved overall leader Ruby Roseman-Gannon and three-time Tour Down Under champion Amanda Spratt.

It was Spratt’s first race since serious leg surgery in October.

“I was lined up behind Spratty (Spratt) and Rachel Neylan’s wheels and unfortunately there was a rider in front that crashed, and they went down too. I was on top of them,” Roseman-Gannon said.

“I didn’t want to hurt them; I was OK and Spratty had to have a bike change.”

Roseman-Gannon became the overall leader after earning maximum bonuses in the intermediate sprints.

Another hefty time bonus came her way when she finished second behind stage winner Watts at Williamstown.

She has a two-second lead over Watts before stage two pedals off from Penny’s Hill Wines at McLaren Vale to Echunga, where rain and wind could again influence the race on Monday.