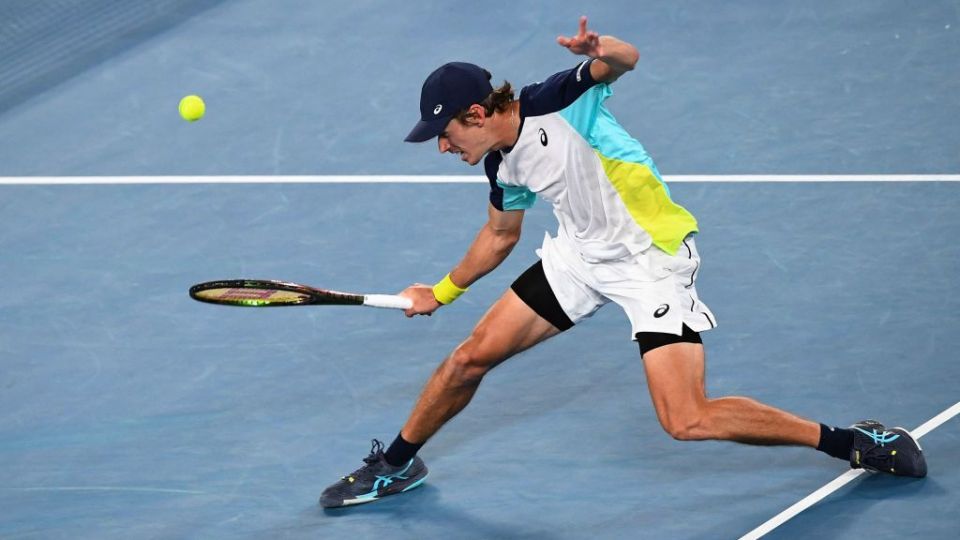 Alex de Minaur has called on his new-found firepower to push aside Pablo Andujar and reach the Australian Open’s round of 16 for the first time.

The 32nd seed beat the Spanish veteran and regular hitting partner Andujar 6-4 6-4 6-2 in another commanding display in Rod Laver Arena on Saturday.

De Minaur will now face Italian 20-year-old world No.10 Jannik Sinner, who has beaten the Australian in both previous encounters, for a place in the quarter-finals.

The 22-year-old, ranked 42 in the world, lost the first set in his first round clash but has won his past nine to build his best home campaign.

Andujar, who will turn 36 on Sunday, joined the tour in 2003 and has returned from three separate surgeries on his right elbow to hit a ranking high of 32 in the world seven years ago.

He made the Australian earn it, but de Minaur obliged in trademark fashion to run down the Spaniard’s best and counter with some scintillating shot-making of his own.

De Minaur rifled a forehand down the line to secure the decisive break in the first set, while a pinpoint lob earned applause from his opponent in the second set after the Australian had somehow scrambled to stay in the point.

The cracks opened, a double fault handed de Minaur a break in the third set and he rammed home his advantage with another monster forehand in the next game.

“You’ve got to be aggressive and really take it to them,” de Minaur said.
“You can’t just sit back and let them bully you around … everyone nowadays hits the ball so hard, so you kind of have to improve with the rest of them.”

De Minaur is set to rise at least nine spots to No.33 in the world thanks to his career-best performance at Melbourne Park.

Breakout ATP star Sinner poses new threats but de Minaur is confident his off-season power boost has him well placed to drag one back on the young star.

“I’m going to have to be ready to not get bullied around the court and really take it to him.”

And the Australian will have Rod Laver in his corner, the tennis great on hand to watch de Minaur on Saturday night in the stadium named after him.

“It’s one of those moments you kind of dream of. Play night match, 7pm prime time on Rod Laver Arena on your own merits, and have the legend Rod himself watching you play,” he said.

“So it’s definitely a great moment to savour for many years to come.
“And, of course, to go out there and play such a good match and win on this occasion, it’s a great feeling.”