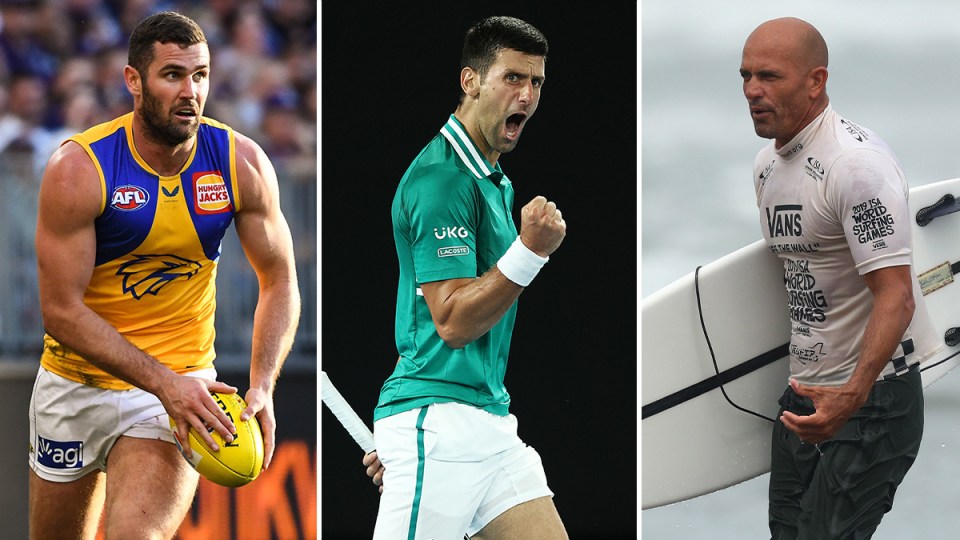 The dust may be settling on Novak Djokovic’s dramatic deportation from Australia, but he is hardly the only elite athlete to shun vaccinations.

But sporting bodies in Australia have made their stances crystal clear, determined to avoid the embarrassing mess Tennis Australia found itself in.

With a year’s worth of high-profile sporting events to come, those in charge now know exactly what they shouldn’t do.

Competitors trying to swerve vaccines at the Australian Grand Prix this year will hit a wall, after race organisers announced no medical exemptions will be accepted for unvaccinated participants.

Australian Formula 1 Grand Prix CEO Andrew Westacott told the ABC on Friday that the event’s vaccine policies had been put in place well before the Australian Open.

“To come into the event you’ll be 100 per cent vaccinated and there won’t be an exemption sought for anyone from anyone,” Mr Westacott said.

That includes all staff in the F1 paddocks, too.

Mr Westacott said there will be “zero tolerance” for people who test positive for the virus during the event but still want to compete.

“Whether you’re Lewis Hamilton or Valentino Rossi in MotoGP, if you test positive, you don’t race that weekend,” he said.

The 2022 Australian Grand Prix is slated to begin April 10 in Melbourne.

West Coast Eagles forward Jack Darling has been banned from training with the club after he failed to meet the AFL’s COVID-19 mandates.

In Western Australia, players had until January 21 to receive their first dose of a COVID-19 vaccine. They must be fully vaccinated by February 18.

Darling, a 2018 premiership player and four-time club leading goalkicker, will train independently of the squad while he considers his options.

He has been barred from the club’s facility at Mineral Resources Park.

In a statement released on Friday, West Coast said that while it does support the right to personal choice, it also supports the protocols put in place by the AFL.

“The club will continue to support Jack as he contemplates his options and is optimistic that he will return to build on his outstanding career to date,” West Coast said.

Neither the club nor Darling will make any further comment on the subject.

Darling isn’t the only player to refuse a COVID-19 vaccine.

In November, AFLW player Deni Varnhagen and the Adelaide Football Club mutually agreed she would skip the season due to her stance against vaccinations.

American surfing legend Kelly Slater has been told he will not be allowed in Australia unless he is vaccinated against COVID-19.

The top surfers in the world are scheduled to touch down in Australia for the World Surf League (WSL) championship events in Victoria and Western Australia come April and May.

But Federal Sports Minister Richard Colbeck told The Age on Wednesday that Slater has “no chance of getting into the country” if he is not vaccinated.

“I reckon he knows the rules. It doesn’t matter whether you’re a surfer, a tennis player, a tourist or anyone else, those are the rules. They apply to everyone,” Mr Colbeck said.

He added that he doesn’t like the chances of Slater competing in Victoria, let alone Western Australia.

“I think we’ve been pretty clear with the Novak Djokovic case of no vax, no play,” Mr Hunt said.

It comes after Slater’s response to Djokovic’s deportation, in which he suggested Stockholm syndrome should be renamed to “Melbourne/Australia syndrome”.

He also asked why vaccinated people are concerned about other people’s vaccination status.

“… unless, of course, it doesn’t protect you? Or you’re scared you’ll catch it or upset you had to take the risk of vaccination yourself?”

Slater concluded his comment by lamenting over the “brainwashed hatred in people’s hearts regardless of vax status”.

The 49-year-old has previously said he’s not anti-vaccination, but against making it compulsory.

He has not publicly disclosed his vaccination status.

Slater isn’t the only surfer in doubt, as world No.1 Gabriel Medina has yet to confirm his vaccination status too.

As for the World Surfing League, it encouraged everyone to be vaccinated and warned that unvaccinated individuals associated with the WSL may face “significant challenges” as they travel around the world to compete.

The Australian Open goes on …

Tennis Australia boss Craig Tiley has waved off calls for his resignation in a tense interview with the Australian Open’s broadcaster, Nine.

The men’s world No.1 player was deported from Australia after the federal court decided to uphold his visa cancellation.

Tennis Australia addressed the situation in a lengthy statement on Tuesday, saying it “deeply regrets the impact” Djokovic’s visa mess had on all players.

The board also commended Mr Tiley and the entire team for their dedication to the event.

But on Wednesday, reports emerged that Tennis Australia had paid for Djokovic’s legal fees.

“I have seen those reports today and we don’t really go into the detail of financial arrangements we have with players, but those reports are simply untrue,” Mr Tiley said

Mr Tiley, who has been the CEO of Tennis Australia since 2013, confirmed he would not step down from his role.

Still, his involvement in the entire saga has made him an unpopular man on court.

Mr Tiley was booed by the crowd on Thursday when he farewelled the retiring Sam Stosur.