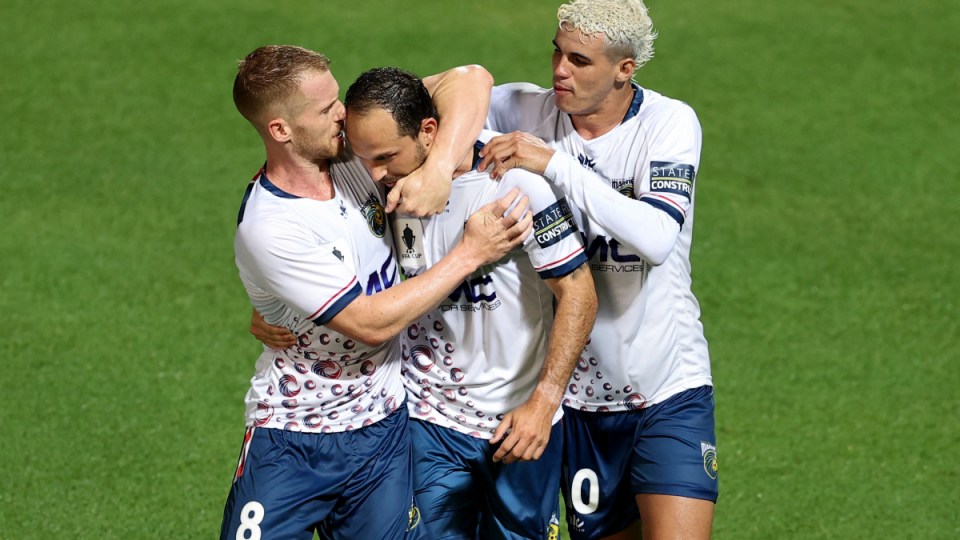 After almost a month off due to COVID-19 postponements, the Mariners sealed victory in the 82nd minute when Urena fired past Andrew Redmayne for the winner.

But every bit of evidence suggested referee Alex King should never have pointed to the spot.

Lewis Miller had made a charging run down the Central Coast right and as he approached the box there was a light clip from left back Joel King.

We had rain, saves and late 𝒅𝒓𝒂𝒎𝒂 👀.

I guess you can say it's the #MagicOfTheCup 😍.

Replays showed the foul happened outside the box, but with no VAR on hand – as there is in the A-League Men – Sydney was at the mercy of the referee’s decision.

He awarded a penalty without hesitation and Redmayne, who had kept Sydney in the game with three close-range denials of Brazilian striker Moresche, was powerless to stop Urena’s strike.

“I don’t think it was a penalty. I thought it was outside the box, to be honest,” Sydney striker Elvis Kamsoba said.

“Both teams had enough chances to score, but if you don’t score you don’t win games and you get punished for that.”

Kamsoba had Sydney’s best opportunity of the first half, but Mariners centre back Dan Hall was on hand to block the close-range effort.

At the other end, Redmayne’s heroics denied Moresche, Beni Nkololo and Urena from giving the Mariners the lead.

Milos Ninkovic and Trent Buhagiar had chances for Sydney, but King’s challenge on Miller gave Urena the opportunity to convert from 12 yards.

Despite Redmayne skipping his feet and waving his arms, the Sydney No.1 was unable to stop Urena as he blasted the ball down the middle to send the Mariners into the final.

“We wanted to make history and we did it. We deserved to win no matter how.”

Central Coast will now play Wellington or Melbourne Victory in the final,  for which a date has yet to be determined.