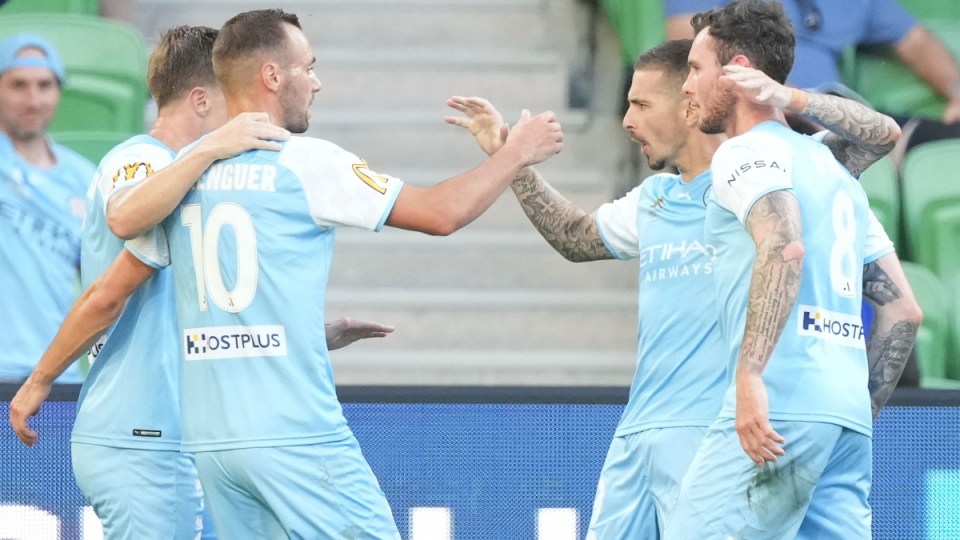 Melbourne City has been drawn in Group G of the Asian Champions League. Photo: AAP

Melbourne City will face Korean Cup winners Jeonnam Dragons as well as the champions of Thailand and the Philippines in its inaugural Asian Champions League campaign.

The A-League Men champions were drawn in Group G of the continental competition on Monday where it will face Jeonnam as well as BG Pathum United and United City.

It will be the first time Australian clubs have competed in the competition since it was expanded to 40 teams after ALM teams withdrew from last year’s tournament due to the COVID pandemic.

Grand final runners-up Sydney FC has been drawn in the preliminary round against another Filipino club in Kaya Futbol Club, with the match to be held in Sydney on March 8.

The #ACL2022 group stage draw is complete and we've been drawn in Group G.

In our first ever Champions League campaign, we'll be taking on:

That scenario could change however if the Sky Blues win the FFA Cup, in which they face Central Coast in a semi-final on Tuesday.

The Mariners currently are in pole position to claim Australia’s other spot in the Asian competition having finished third in last season’s ALM.

If Sydney wins the Cup, it will play Myanmar’s Shan United at home with the Mariners facing Kaya.

Melbourne Victory, which is set to face Wellington Phoenix in the other FFA Cup semi-final later this month, could secure a spot in the tournament at the Mariners’ expense however, if it can lift the trophy.

An FFA Cup triumph for Tony Popovic’s men would mean they face Shan United with Sydney taking on Kaya.

Phoenix cannot play in Asia due to being a New Zealand-based franchise so if it wins the Cup, the Mariners would qualify through their third place in last season’s ALM.

The winners of the preliminary round would then face either China’s Changchun or Japan’s Vissel Kobe away for a spot in the group stages.

The qualifiers would land in either Group H and face a clash with Kevin Muscat’s Yokohama F Marinos or Group J and Socceroo midfielder Aaron Mooy’s Shanghai Port.