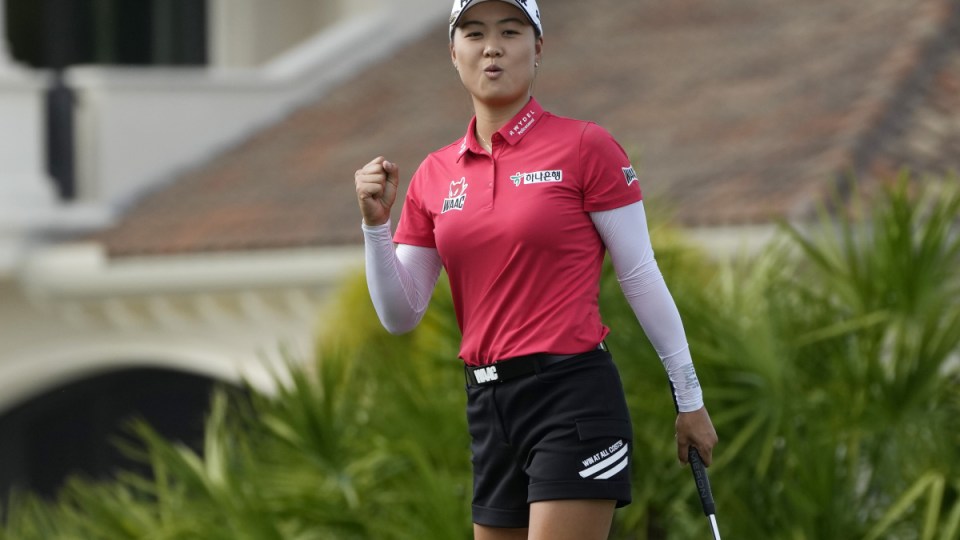 The 2018 winner’s stellar year, which included seven top-five finishes on the LPGA Tour and a long-awaited major triumph at the Evian Championship in France, was enough for her to take out the gong as Australia’s best golfer ahead of a field that included her brother Min Woo.

Lee’s comeback from a seven-stroke deficit to defeat Jeongeun Lee and join Jan Stephenson, Karrie Webb and Hannah Green as Australian women’s major championship winners was clearly the highlight of her year.

“Winning a major championship was the realisation of a life-long dream and to be able to cap it off with the Greg Norman Medal makes it even more special,” the world No.7 said.

What a great honor to be awarded the Greg Norman Medal for the 2nd time!🌟💫 Thankyou ☺️ https://t.co/Y3nRDRt8MN

“There were so many outstanding results by Australian golfers in 2021 so to be recognised in this way is a great honour.

“The fact that my brother was also nominated is also a great source of pride and joy for our family.

“Being awarded the Greg Norman Medal in 2018 was a significant achievement in my career and winning it for a second time only adds to a year that I’ll never forget.”

Little brother Min Woo’s triumph at the Scottish Open was the highlight of a year where he would crack the world top 50 and secure an invite to this year’s Masters.

Others in contention for the award included previous medal winners Cameron Smith and Marc Leishman and Lucas Herbert, who won the Bermuda Championship in just his third US PGA Tour start.

Smith’s coach Grant Field was named high performance coach of the year at the gala awards in Brisbane on Tuesday night.

PGA Tour of Australasia player of the year: Brad Kennedy

WPGA Tour of Australasia player of the Year: Stephanie Kyriacou

PGA of Australia national associate of the year: Elliott Beel