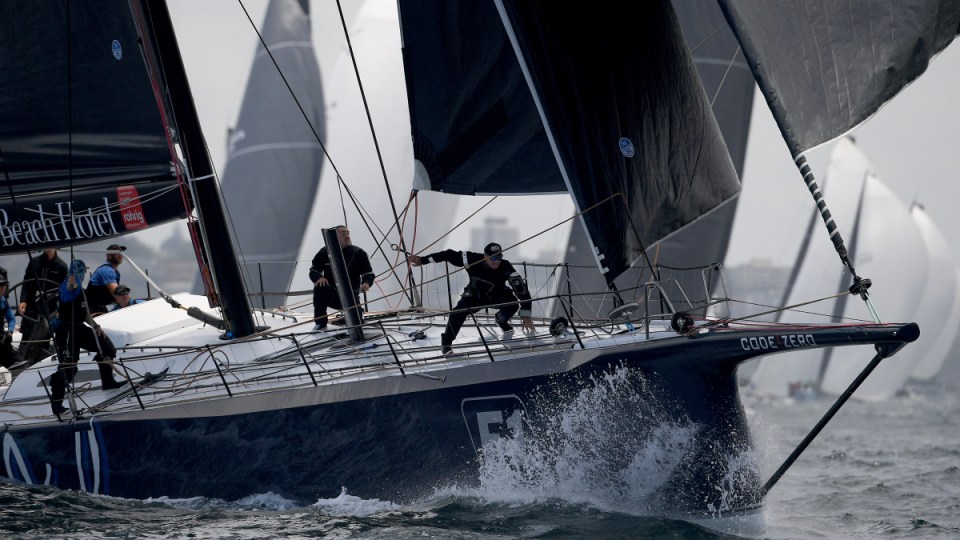 The number of smaller boats in the Sydney to Hobart fleet have been decimated with a dozen of the 88 starters forced to retire within eight hours of the race starting.

While less than two nautical miles separated line honours leader Black Jack from LawConnect, with the third supermaxi SHK Scallywag 100 another four miles back, the developing story was the rash of retirements.

The first retirements weren’t recorded until more than five hours into the race, but they rose rapidly with mainsail damage listed as the cause for many of the stricken yachts.

The 76 remaining boats entered the evening knowing they would have to contend with some strong southerly winds.

LawConnect’s Facebook page reported the boat had encountered some rain and wind and was in for a bumpy night.

Among the first casualties was the 69-foot Moneypenny, owned by Sydney sailing identity Sean Langman, who was doing his 30th Hobart race.

It pulled out with a broken headstay.

Another early victim was Blink, the 40-foot Sydney boat named after an episode of the television show Doctor Who, which retired with a torn mainsail.

The 63-foot No Limit was returning to Sydney, but no reason for her retirement was known.

The boat closest to the three supermaxis was Grant Wharington’s 80-foot Stefan Racing, which was three nautical miles behind SHK Scallywag 100.

LawConnect held front position for most of the day after SHK Scallywag 100 was the first boat out of Sydney Heads.

SHK Scallywag surrendered the lead to LawConnect after suffering a technical issue with her J2 foresail tack fitting.

Rupert Henry and Greg O’Shea’s EORA was the early line honours frontrunner among the 17 boats in the Two-Handed division, which is part of the race for the first time.

Race day dawned with the fleet standing at 91, but it was down to 88 by the time it started at 1pm (AEDT).

The fleet was further reduced shortly before the race when the 49-foot Vamp withdrew because a crew member had close contact with someone who tested positive for COVID-19.

It was a spinnaker start for the fleet who were spread across four start lines as they were watched by a significantly smaller-than-usual spectator fleet.