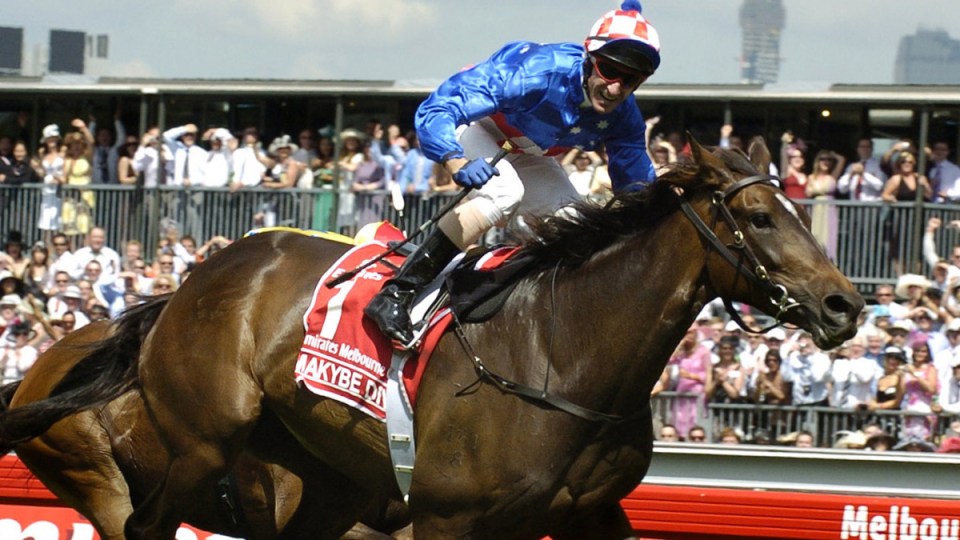 Champion jockey Glen Boss, who rode to Australian racing fame on the back of three-time Melbourne Cup winner Makybe Diva, has announced his retirement.

Boss will ride for the last time at Caulfield on Saturday, bringing down the curtain on 35 years in the saddle.

He will bow out after partnering Spanish Mission, the Melbourne Cup third placegetter who is an odds-on chance to win the Zipping Classic.

The 52-year-old famously came back from a career-threatening fall to link with Makybe Diva in her Melbourne Cup victories in 2003, 2004 and 2005.

This Saturday at Caulfield will mark his final day in the saddle.

“This decision is something I have been mulling over for the past six months and particularly over the last two or three,” Boss told wagering firm Ladbrokes.

“I’m one of those individuals who is always 100 per cent, chips in all the way.

“And I made a promise to myself more than a decade ago, because you know the end is coming, that if I got to the point in my riding career when I wasn’t fully committed and all the way in, then it was time to finish.

“What I mean by that is riding at the level that I have always wanted to be at and where I need to be at to compete with the guys around me.

Boss, who started riding as a fresh-faced teenager in Queensland before earning a reputation as one of Australian racing’s greatest showmen, will retire with 90 domestic Group One wins.

That tally puts him sixth on Australia’s all-time list of Group One-winning jockeys, an achievement that contributed to his Hall of Fame induction in 2015.

But he was forced to forgo the ride on the subsequent Caulfield Cup winner early in the spring because of Australian border and quarantine restrictions.

Boss will head to Caulfield having not ridden a winner since the first week of the new racing season in August.

Jockey Glen Boss calls time on his career in saddle