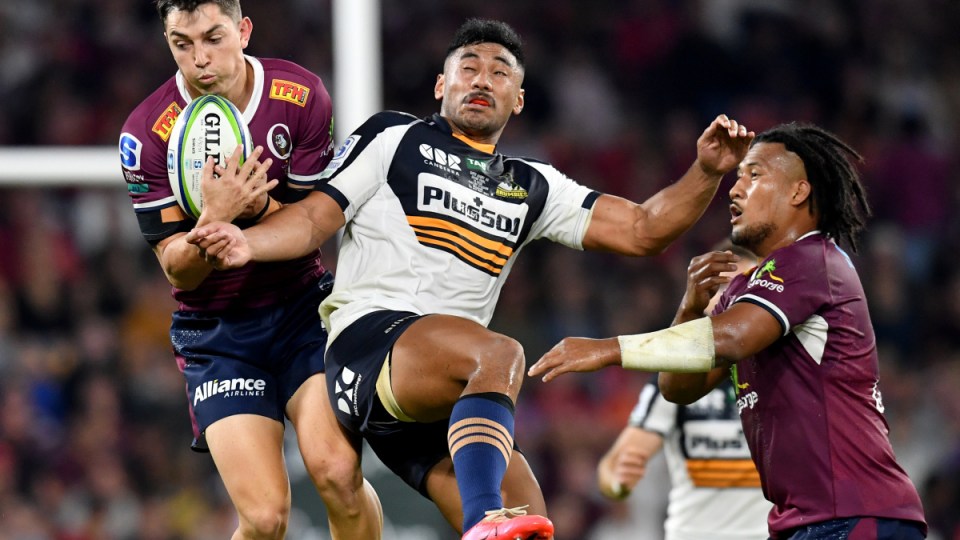 Sporting codes on both sides of the Tasman will lobby the New Zealand government after being wrong-footed by its call to bar Australians and foreigners well into 2022.

On Wednesday, Jacinda Ardern’s government unveiled changes to its border regime, deciding to keep isolation requirements in place next year.

That means the freshly drawn Super Rugby Pacific fixture is up for a complete overhaul, as are the NBL’s plans to take the New Zealand Breakers back to Auckland.

As for the luckless Wellington Phoenix, its men’s team faces the prospect of another all-away A-League campaign, and their women’s team might go through their inaugural season wholly in Australia.

We've hand-picked some of the best first goals from the great young talent in our league. Did we miss anyone? #WeAreALeagues #HCTF pic.twitter.com/Pcvlka0O2M

The decision won’t affect the Warriors, who have already committed to spending the 2022 NRL campaign in Australia to avoid any uncertainty.

Other competitions and codes with Kiwi athletes, including cricket and Supercars, could also be impacted by the border tweaks.

The NZ government is gradually doing away with the compulsory quarantine on arrival loathed by touring sporting teams.

From January 17, Kiwis in Australia will be able to skip quarantine in favour of self-isolation.

From April 30, Australians and other foreigners will be able to the same.

However, the seven-day self-isolation requirement will stay – even for NZ citizens – rendering many sporting competitions unworkable.

The changes also mean the women’s ODI Cricket World Cup, staged in March, will be off-limits to foreign fans.

The hardline health-first government is not planning exemptions for sporting teams until there is health advice to support it.

😍 #BREAKING | All the #SuperRugbyPacific squads have been announced for the 2022 season!

“The ministry of health’s advice consistently has been not to have shortened isolation time.

“So if sports teams are going to be using (self-isolation) it will be the same length of time.”

The Australian men’s cricket team, scheduled to play three T20s against the Black Caps in March, could also call off their trip given the self-isolation requirement.

“We now need to see more detail from government and continue working on our existing contingency planning with key partners including Rugby Australia, Sanzaar and our teams,” he said.

“Wellington Phoenix is having ongoing discussions with Sports NZ and the New Zealand Government with a view to bringing home games back to Wellington this season,” he said.