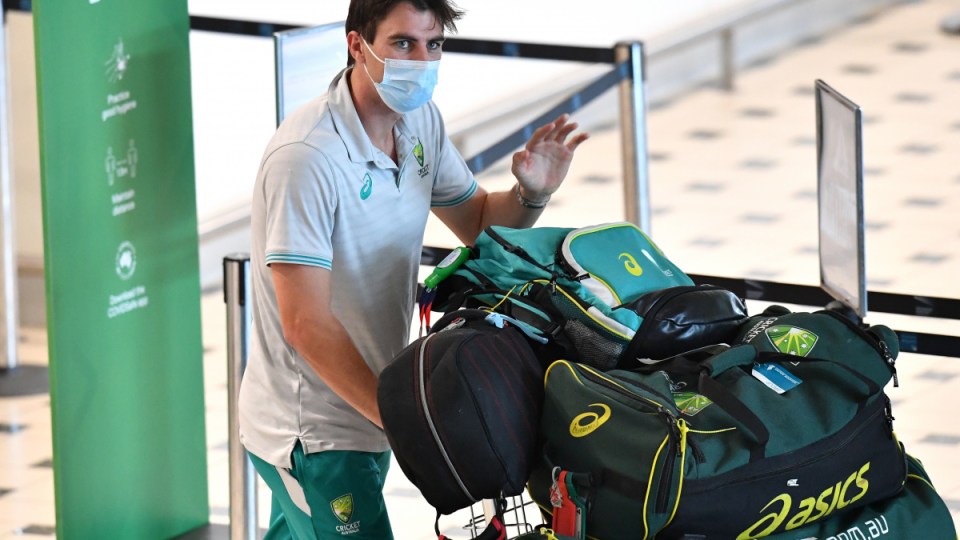 Australia captain Pat Cummins will not play in the second Ashes Test in Adelaide Photo: AAP

Cricket Australia has firmed up the process that is expected to result in Pat Cummins’ ascension as the nation’s 47th captain of the men’s Test side.

CA’s board, lashed for its “appalling” conduct by Cricket Tasmania chair Andrew Gaggin on Tuesday, is pushing on with life after Tim Paine’s leadership.

Cummins, who was last year installed as Australia’s sole vice-captain in all three formats, could be formally appointed Test skipper by the end of this week.

This is who will pick Australia's next Test captain: https://t.co/6QnPCuVOg4

But rather than rush to the conclusion that is widely expected, CA has finalised a formal process for the all-important decision.

Selectors George Bailey and Tony Dodemaide, and CA director Mel Jones will also have a voice at the table, with the board to make the final call.

The governing body hasn’t committed to a strict timeline although a verdict is likely to come within a week.

Interviews are expected to be part of the process as was the case when Australia settled on a leadership group after the Cape Town cheating scandal in 2018.

The panel will weigh up various pros and cons as they debate whether Cummins is ready to become the first fast bowler to lead the side since 1956, when Ray Lindwall filled in for a single Test against India.

Steve Smith is the obvious leading alternate to Cummins, with Mr Freudenstein confirming on Saturday the former skipper will be considered in a “very thorough but brief process” to find Paine’s replacement.

Cummins has the public backing of former captain Michael Clarke and many others.

The national selection panel, comprising Bailey, Dodemaide and head coach Justin Langer, has submitted a list of captaincy candidates to be considered.

Langer, who alongside fellow selectors will decide whether Paine is retained in the XI for the first Test that begins on December 8, was left out of the captaincy selection panel to ensure he could invest more time in Australia’s Ashes defence.

Selectors will also need to nominate a new vice-captain, should Cummins be elevated.

If Smith is snubbed from both leadership roles it will be an almighty blow to the star batter whose CA-imposed leadership ban ended almost 20 months ago.

“If the opportunity did come up again I would be keen,” Smith confirmed in March, having previously sat on the fence about a potential return to the captaincy.

Cummins has taken the place of Paine on the digital cover of Cricket 22, although physical versions of the video game will still feature the wicketkeeper.

Mr Freudenstein, himself acting as interim chair as CA’s board continue its search for a permanent successor to Earl Eddings, will be desperate to quell angst lingering in cricket circles about the Paine saga.

Mr Gaggin’s stunning broadside represented the most overt display of unease at state-association level since Mr Eddings was ousted.