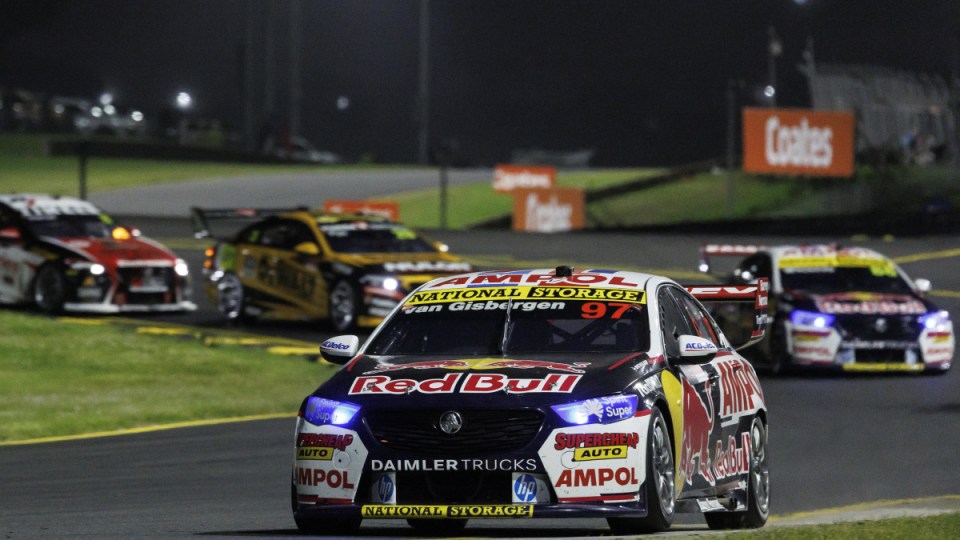 It was hardly the dream ending that Shane Van Gisbergen was looking for, but the Red Bull Ampol driver has claimed his second Supercars championship after race 30 at Sydney Motorsports Park was declared a non-event due to poor weather.

Van Gisbergen was second on the grid behind Nick Percat when the safety car led them around for five laps on Sunday,  as all drivers struggled for visibility and traction.

After issuing a red flag and much deliberation, officials cancelled the Sydney SuperNight race with the circuit resembling a water park.

That ruled out any hope van Gisbergen’s teammate Jamie Whincup had of extending the title race to the season-ending Bathurst 1000 next month.

“It sucks we couldn’t put on a show, but it’s been an awesome time and super cool to win another championship. I’m over the moon,” Holden Commodore racer van Gisbergen told Fox Sports after winning his first overall title since 2016.

“We haven’t been fast enough, but we’ve got the results and just been consistent and made less mistakes than others.

“We had one bad race, but the rest of them we were always up there so I can’t thank the team enough.

“It’s been an awesome season. Our cars have been really strong almost everywhere.”

Van Gisbergen also held off Whincup and Anton De Pasquale for the Sydney Cup by 73 points, one day after Red Bull Ampol wrapped up the constructors championship with a one-two finish in race 29.

Unlike last weekend’s concluding race won by Will Brown where they went wheel to wheel and almost cost themselves spots on the podium, van Gisbergen and Whincup worked together in Saturday’s 250-kilometre endurance race.

Van Gisbergen, 32, now has his eyes set solely on the season finale at Mount Panorama.

The decision to cancel Sunday’s race was a bitter blow for pole sitter Percat, who unlike every other driver, refused to leave his car when officials brought the race to a halt.

Percat defied greasy conditions earlier on Sunday to claim his second career pole, but was unable to reward his team for its hard work as the weather gods denied Brad Jones Racing a race from the front.