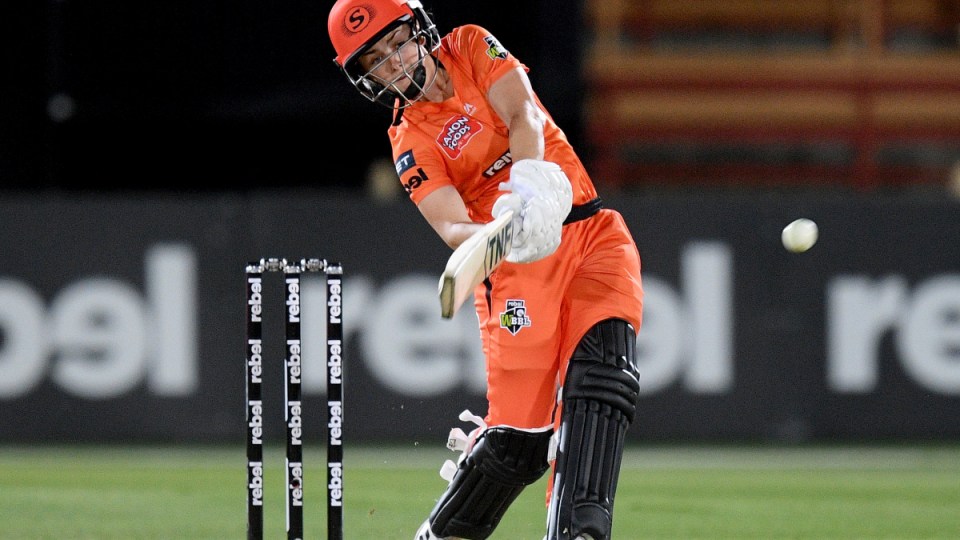 The challenges keep coming for Melbourne Renegades as they aim for their maiden WBBL title without playing a game at home.

Despite finishing two spots higher than the Strikers, Melbourne could “host” them at Adelaide Oval in Thursday night’s challenger semi-final.

The Renegades are already reeling from their late-season stumble, with two losses costing them top spot.

They fell to second, giving Perth top spot, and the Scorchers will now host next Saturday’s final at Optus Stadium.

We’ve made it!!! 🔥 🔥 🔥 We’re hosting the #WBBL07 Final at Optus Stadium this Saturday after finishing top of the table! 🏆 🙌 We’re coming for you Perth! C’mon, let's #FillTheFurnace 💪 #MADETOUGH pic.twitter.com/USEbC9WURB

The third-placed Brisbane Heat will play Adelaide in Wednesday night’s Eliminator semi, with the winner to take on Melbourne in the challenger.

The winner of the challenger heads to Perth for the final.

Border restrictions ensured the Renegades’ home final could not be played in Melbourne.

State lockdowns and border restrictions have meant the Melbourne and Sydney teams have played this entire WBBL season on the road.

The #WBBLFinals series is LOCKED and LOADED!

By contrast, the Scorchers will take a six-game winning streak into their home final after they heaped more misery on Sydney Sixers, cruising to an eight-wicket win.

Also on Sunday at Adelaide Oval, the Melbourne Stars ended their season with a thumping nine-wicket win over the Strikers.

Opener Elyse Villani hit a six off the last ball of the game to bring up her maiden WBBL century.

After winning the toss, the Sixers made a bright start – in stark contrast to Saturday when their 82 against Adelaide was the lowest score of the WBBL season.

But after Alana King dropped Alyssa Healy when she was on 14, the leg-spinner made amends with her first delivery.

The Sixers went from cruising at 0-46 after seven overs to 2-47 three deliveries later and never regained their momentum.

No.3 Ellyse Perry top scored with an unbeaten 39 and King snared 3-18 from four overs.

Piparo his six fours in her unbeaten 50 from 39 balls and Heather Graham was unbeaten on 34.

In the second game, Adelaide opener Katie Mack made an unbeaten 89 and Madeline Penna scored 56 not out.

Their 118-run stand paced the Strikers to 3-175, but Villani and fellow opener Meg Lanning then set up the Stars’ win.

Lanning scored 52 off 39 balls in their 119-run stand and Annabel Sutherland, who took two wickets, contributed a quickfire 27 not out.

By the last over, the only question was whether Villani could reach her century.

A four and then a six that just cleared the ropes off Dane van Niekerk took her to 100 from 65 balls.

The Stars, who finished fifth in the tournament, reached 1-181 with three balls left.

It was the last game for Stars and Australian veteran Erin Osborne, who was given a guard of honour and will now switch to coaching.