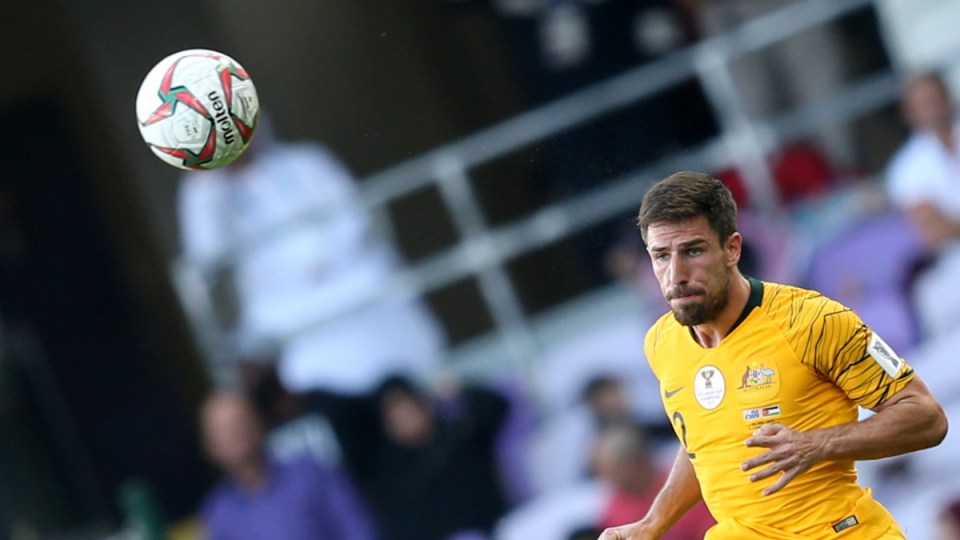 Milos Degenek is expected to replace injured Harry Souttar for the Socceroos against China. Photo: EPA

Socceroos coach Graham Arnold has given central defender Milos Degenek his full backing to step into the breach for his country in the crunch World Cup qualifier against China.

Degenek is almost certain to return to the starting XI after Harry Souttar’s ACL injury in the goalless draw with Saudi Arabia last Thursday in Sydney.

Souttar is facing up to 12 months on the sidelines, opening the door for Degenek to re-establish himself in the national team’s first choice.

A regular starter during Arnold’s tenure of the national team, Degenek is yet to start in the third phase of Asian qualifying with Souttar emerging as first choice alongside Trent Sainsbury at the heart of the Socceroos’ defence.

Get in the mood for #CHNvAUS by reppin' the Green & Gold tomorrow!

Forced to miss October’s matches after testing positive to COVID-19, Degenek’s appearance off the bench against the Saudis following Souttar’s injury indicates he’s the man to fill the Scottish-born giant’s spot.

With Trent Sainsbury battling a hamstring niggle, Degenek could suddenly find himself the senior player in defence for the China clash in Sharjah on Tuesday (Wednesday 2am AEDT).

“Milos has come back in very good condition. He plays at Red Star (Belgrade). He’s at a very successful club in a very good competition,” Arnold said.

“We saw Serbia last night beating Portugal. That just shows you the type of players that they’re developing and what they’ve got in their country and Milos is playing there every week and doing well.

“I’ve got the utmost respect and trust in Milos that he will do a great job for us.”

Sainsbury will have to prove his fitness for the game in training, but Arnold was confident the 29-year-old will be right to face the Chinese.

If the Belgian-based stopper should be ruled out, the additions of Ryan McGowan and Bailey Wright to the squad in place of Souttar and winger Andrew Nabbout, who has been released back to A-League Men’s champions Melbourne City, should provide Arnold with plenty of cover.

Having lost to Japan and then been held to a draw against the Saudis in their past two matches, the Socceroos could potentially drop out of the automatic qualifying spots if they don’t beat China.

Li Tie’s team has underwhelmed so far in its campaign, winning just one of its five matches so far to sit second last in the group.

Arnold’s men claimed a comfortable 3-0 win when the teams met at the start of the qualifying phase in September.

“There’s a lot of problems at the moment in Chinese football,” Arnold said.

“They’re having to play all their games away from home, which is not far off what’s happened with us.

“At times, that can build camaraderie and we’ve just got to make sure we get our performance right … make sure you’re mentally prepared.”