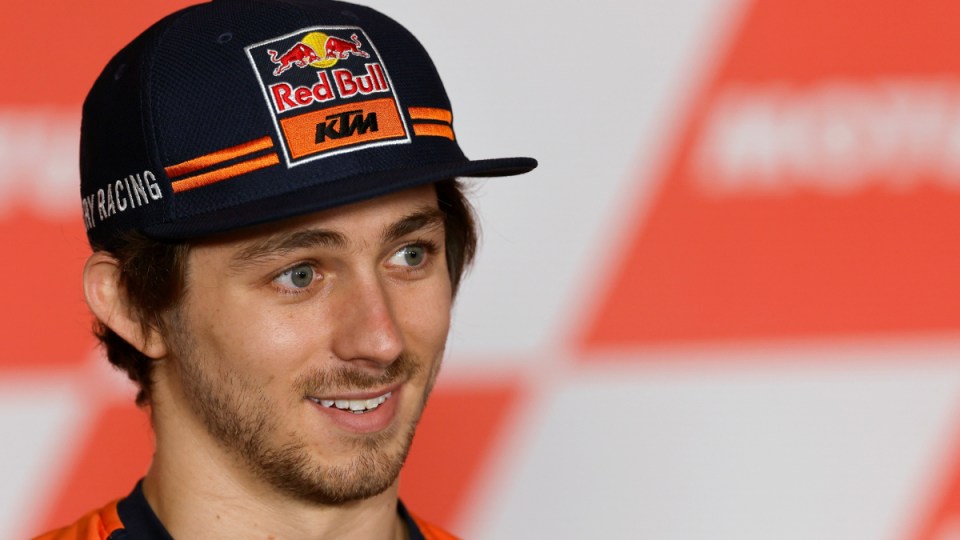 Gardner clinched the Moto2 championship crown when he finished 10th in a nerve-wracking, season-ending race at Valencia in Spain on Sunday.

The 23-year-old went into the race with a commanding 23-point lead from his Red Bull KTM Ajo teammate Raul Fernandez and needing only to finish in the top 13 to take the crown if Fernandez won.

There were anxious moments just after the start of Sunday’s race as three riders went down and Gardner, starting from eighth on the grid, narrowly avoided the crash, which caused a red flag and race delay.

A lovely embrace between father and son ❤️@TheWayneGardner congratulates @GardnerRemy 🙌

With the race reduced to 16 laps Fernandez kept the pressure on by claiming the lead with four laps to go and going on to win, but Gardner rode a careful and flawless race behind to claim the world title.

The title triumph came 34 years after his father Wayne Gardner became the first Australian to win the world title in the premier grand prix class – then 500c now MotoGP.

Remy makes the step up to MotoGP next season, having signed with the Tech3 KTM factory racing team along with 21-year-old Spaniard Fernandez.

He won five races and was also second six times in his stellar Moto2 season.

Let's get the party started!! 🎉@GardnerRemy waves the Australian flag with a nice golden number 1 on the front! 🥇