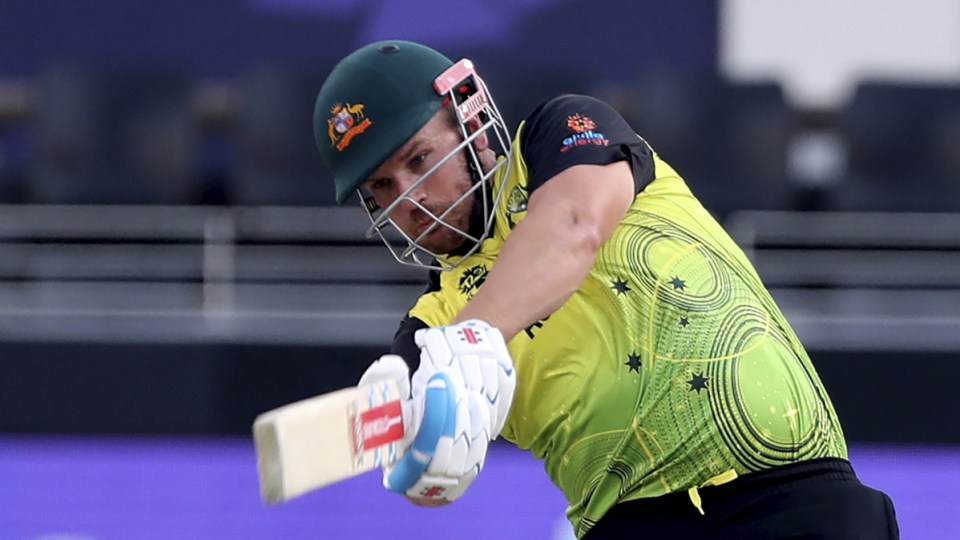 Australia is yet to lock in an XI for its Twenty20 World Cup semi-final,  but captain Aaron Finch says selectors won’t fall into the trap of focusing too closely on match-ups.

Finch’s side and Pakistan square off in Dubai at 1am AEDT on Friday, with the winner advancing to a final against either England or New Zealand.

Coach Justin Langer is expected to stick with an unchanged side, backing a combination of Glenn Maxwell, Mitch Marsh and Marcus Stoinis to deliver a combined four overs.

Langer’s stated preference is to pick five specialist bowlers but he has only used that tactic once at this tournament, when Australia axed Marsh and were thumped by England.

Who's going all the way? 🏆#T20WorldCup pic.twitter.com/VYyUUMzqYv

The fact Pakistan has five right-handers in its top six is arguably extra fodder in the case for left-arm spinner Ashton Agar to be recalled.

Finch noted Australia will “consider everything” when settling on an XI but downplayed the prospect of making changes based on the opposition.

“If we get seduced into looking purely at match-ups, you probably go away from your own strengths quite a bit,” Finch said.

“You take all the information in and make a judgment call.

“But you have to look after your own backyard … look at what we do really well and stay true to that.

“The fact we’ve got the three all-rounders … that’s given us a lot of confidence to go in with four specialist bowlers.”

🇦🇺 Captain Aaron Finch — "Pakistan has been playing brilliant cricket throughout #T20WorldCup. Spinners of Pakistan in powerplay and middle overs are bowling well. Shaheen Shah Afridi is really in form for Pakistan. You can't rate the semifinal in terms of who won in the past."

Australia was widely tipped to struggle at this tournament, having crashed to seventh on the T20 rankings after an understrength side suffered heavy series losses to Bangladesh and West Indies.

“Everyone had written us off,” Finch said.

“From day one, I’ve had a lot of confidence in the way we’ve gone about this and the squad we’ve got.

“I don’t think we’ve exceeded our expectations whatsoever. We came here with a really clear plan to win this tournament and we’re still alive to do that.”