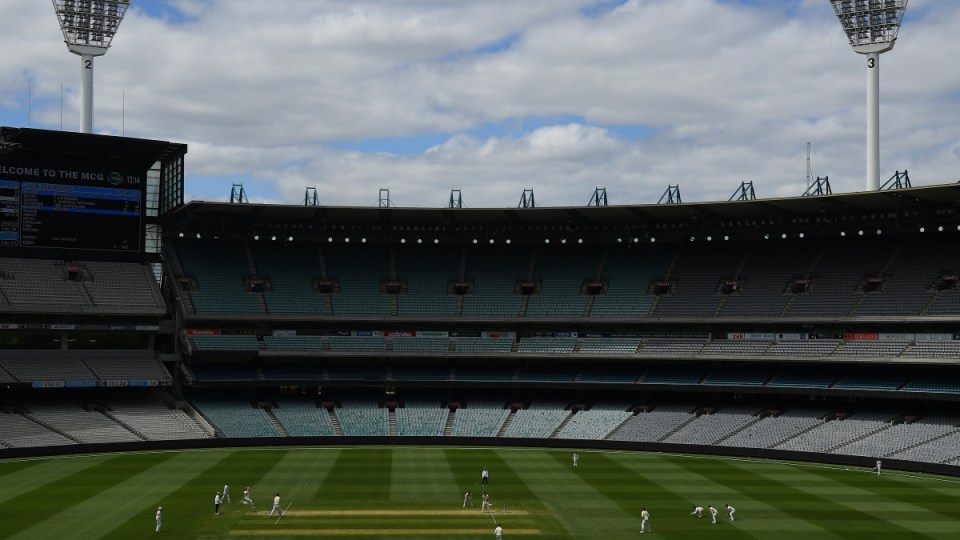 Cricket is set to achieve 100 per cent vaccination among professional players in Australia. Photo: AAP

Cricket is set to become the first major Australian team sport to declare itself fully vaccinated, with every professional player having already had at least their first dose against COVID-19.

In a major milestone, the last unvaccinated domestic player in Australia had their first dose against the virus last Tuesday.

It means by month’s end, the entire cohort of about 300 men’s and women’s Big Bash and state-contracted players will be fully vaccinated.

Nationally contracted players were already fully vaccinated by September, while the domestic second-dose rate currently stands at 97 per cent.

The news comes as a major relief for officials ahead of the men’s Big Bash, featuring almost daily border crossings which will require vaccinations.

“We are 100 per cent fully vaccinated for both doses male and female international players.

“And then we are at 100 per cent first dose for our domestic playing group.

“There has been a big education program. Our medical advisers have run workshop sessions for staff and players.

“It’s symptomatic of the whole last 18 months. Everyone has just stepped up to do their bit.”

CA has introduced a mandate for all staff to be fully vaccinated, but fast-climbing rates meant they did not need to force players into the decision.

“It’s almost irrelevant because we are fully vaccinated.

“It’s a credit to the whole playing group for the leadership they have shown.”

It comes as sports around the country face their own vaccination hurdles.

The AFL’s November 26 deadline for Victorian-based players is fast approaching, while Adelaide women’s star Deni Varnhagen has already been moved to the inactive list after refusing the mandated jab.

The NRL has gone without a mandate, with clubs trying to determine if players can be sacked if they are unavailable to train with the rest of the group or play interstate without the vaccine.

Rugby Australia has confirmed that all Wallabies and Sevens players are vaccinated, but rates for Super Rugby clubs are less clear.

About five per cent of A-League Men players remain unvaccinated while two NBL players lost their contracts last month after refusing the jab.

“Much of the credit here should go to the chief medical officers of the state associations and CA, as well as others, whose work on this has been very intensive,” Australian Cricketers Association chief executive Todd Greenberg said.

“All of our players were provided with information sessions and access to all the information they needed on vaccinations.

“That cricket has been able to achieve this, without having to mandate it, speaks very highly to everyone involved.

“But I am also proud of our players who have clearly understood their responsibility to their families, their friends, their teammates, and ultimately the game they love.”