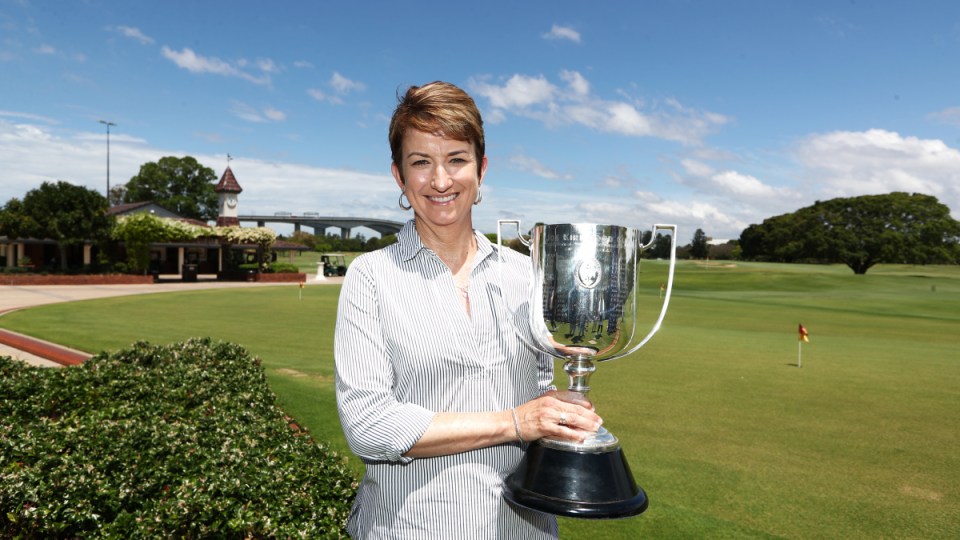 Golf legend Karrie Webb says there are encouraging signs for the game in Australia over the summer. Photo: AAP

Karrie Webb has hailed the inaugural Australian WPGA Championship as the “light at the end of the tunnel” after the sport’s domestic calendar was torn to shreds by COVID-19.

Hannah Green will headline a 24-woman field vying for the Karrie Webb Cup when they play alongside the men in Brisbane from January 13 to 16.

And they’ll have some extra company thanks to the new WPGA Tour of Australasia event in the latest collaboration for the rejuvenated calendar that will see both fields play for a $180,000 winner’s cheque.

Its inclusion on the WPGA Tour of Australasia schedule – plus three Webex Players Series events and popular Vic Open – delivers five combined men’s and women’s events over the summer.

It comes after Golf Australia boss James Sutherland last month blamed “shifting quarantine and travel restrictions” for aborting plans for a postponed Australian Open in early 2022 and the canning of the scheduled women’s Open in February.

Many touring professionals had to give up the game, with others relying on JobKeeper payments to ride out the crisis.

“It’s been a challenging time for everyone in every industry and for professional golf especially with so much uncertainty around it,” Webb, winner of 56 professional tournaments in her Hall of Fame career, said.

“We’re seeing the light at the end of the tunnel and this announcement gives us a chance to take a breath and know we’re moving forward.

“The men’s PGA was in doubt for a while and to add an event in these times speaks volumes for golf’s popularity and the relationship between the men’s and women’s Australian PGA (bodies).

“It’s a great opportunity for 24 young girls, an opportunity that wasn’t available until just recently.

“These events with men and women playing in the same field is gaining traction and I think Australia is the leader of that.”

The intention is for the Australian WPGA Championship to be a stand-alone event from 2023 onwards, Webb hinting she may even enter in an attempt to win her own trophy.

Popular former pro and PGA of Australia chairman Rodger Davis expects the format, which will see women play in the same groups as some men but off adjusted tees, “will have legs”.

“We couldn’t get (defending champion) Adam Scott or any of the (US-based) guys home this year,” he said.

“At one stage there we were going to bring the old farts out like myself.

“But this has legs and the event will definitely be on the calendar forever and get better and better.

“It’s big. We’ve got three extra events coming on. Golf has been so popular, now it’s our job to keep them in the game.”