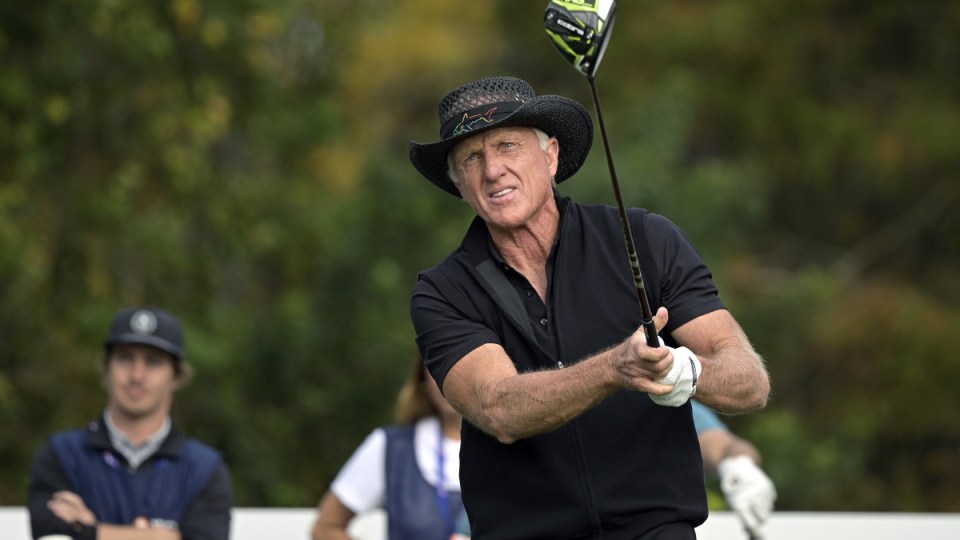 Two-time open winner Greg Norman's bid to play one last tournament at St Andrews has been rejected out of hand. Photo: AP

Greg Norman has emerged as the great white hope of Australian golf after promising a World Series Cricket-style revolution for the game Down Under.

Norman says Australia’s battling touring professionals will be among the big winners out of his appointment as chief executive of LIV Golf, a majority Saudi-funded consortium that will pump $US200 million ($270 million) into the Asian Tour over the next decade.

With Golf Australia wiping out much of the summer program, including consecutive Australian Open men’s and women’s championships, many players have had to give up their careers or survive on JobKeeper to ride out the pandemic.

But while he’s copped backlash from some quarters for his latest crusade, Norman’s pledge could offer a lifeline for many touring battlers in Australia.

Here's that good news you've all been waiting for! 🤩

A ground-breaking series of 10 new marquee events will be staged annually on the Asian Tour over the next 10 years, representing a total commitment of over US$200million to support playing opportunities and prize funds. 🏌️‍♂️⛳

The former world No.1 and two-time major champion wants to splash money into the game like Kerry Packer did for cricket in the 1970s.

“It would be delinquent of me, as the CEO of LIV Golf investments, not to give Australia an equal opportunity to host an event in some way, shape or form,” the Great White Shark told Australian Golf Digest magazine.

“That’s not to say there won’t be a host of other stakeholders putting their hand up too.

“But there’s huge potential in Australia.

Queensland’s former world No.1 golfer Greg Norman insists the launch of a new 10-tournament series on the Asian Tour is not a “direct attack” on the PGA Tour.https://t.co/XklPJFnRvW

“I’m obviously very patriotic. My old coach, Charlie Earp, once told me that when I go away my biggest responsibility was the game of golf.

“My second responsibility was my country and my third was myself.

“You only have to go back over my history of coming home to support the Aussie tour as much as I possibly could to know how highly I regarded that notion – that’s the responsibility you have as a leading player.”

LATEST: We asked Adam Scott what he thought about a rival golf league to the PGA Tour. True to form, Australia was at the front of Scott’s mind. Do you agree?@GolfDigest #AdamScott #Golf #GregNorman https://t.co/c3dDeYvYa6

But the US-based legend has no plans to tinker with the very fabric of golf in his native country. He merely wants to provide exciting new opportunities for his compatriots.

“Take Kerry Packer, as an example,” Norman said. “What Kerry did for cricket was just amazing.

“He gave players more opportunities to play and make money. What happened? The truest form of the game – Test cricket – held its values and remained the most sought-after format players wanted to play in.

“All Kerry did was enlarge the sandbox and gave the sport better opportunities.

“When you see that, in its most simplistic form, that’s what should and will happen with golf – we’ll give these guys a bigger sandbox they can all play in.”