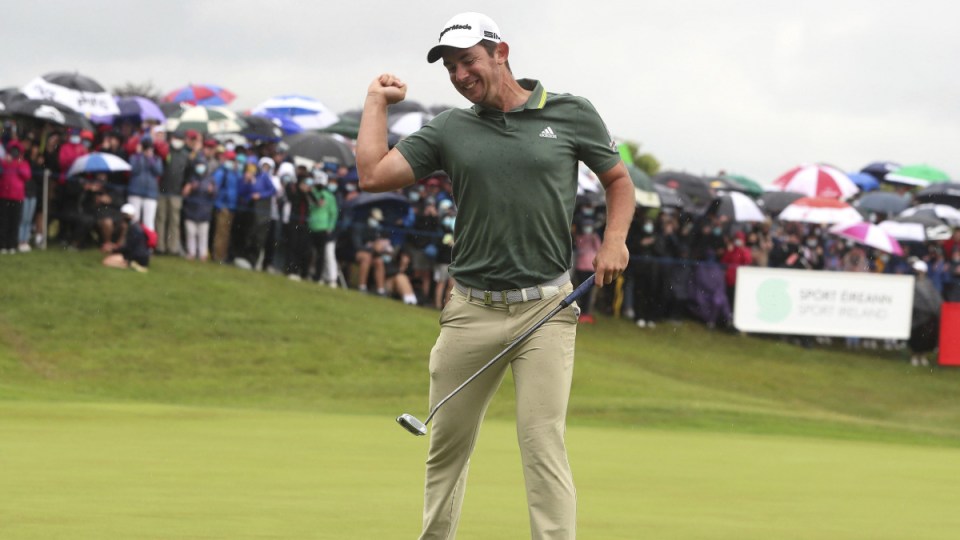 Australian golfer Lucas Herbert says he is still coming to terms with his maiden US PGA Tour win. Photo: AP

“It hasn’t sunk in,” Herbert said on Wednesday.

“I was walking around here in Mexico today and all the players have been saying ‘congratulations’.

“And that’s pretty cool because, I mean, two weeks ago I didn’t think most of them knew my name.”

A first-time winner on TOUR. 🏆

Herbert’s maiden PGA Tour triumph in the Bermuda Championship – in just his 19th start on the tour – came with a $1.5 million winner’s cheque and a two-year exemption on the elite tour.

That guarantees Herbert a start in the four majors next year, including the famed Masters at Augusta National next April, which he described as the most pleasing aspect.

And Herbert now has a new-found approach as he prepares for this week’s World Wide Technology Championship at Mayakoba in Mexico.

“It’s going to be nice to play with some freedom out here, not that crazy amount of pressure to really perform like there was a week ago,” he said.

“I think I’m going to have to reset some goals at some point.

“My whole career has always felt like you’re playing in an event trying to play well, which could potentially lead to you getting into bigger events … now, it’s not really like that anymore.

“It’s just a bit of a different mindset change.”

Herbert is the first Australian since former world No.1 Adam Scott in 2010 to win on both the US PGA Tour and European Tour in the same year.

And in Mexico he’s seeking to become the first Australian since Scott in 2016 to win consecutive PGA Tour events.

“Anyone that knows me knows that there’s not ever an issue with a lack of self-confidence,” he said.

“But every time you can get a top up of that, whether it’s just hitting good shots on the range or in a practice round or obviously going and winning a tournament, it just gives you that extra sense of confidence – whether you want to say it’s arrogance or whatever.

“You can feel it. I can feel it in the practice rounds already this week.

“I just feel so confident because I won last week … it’s pretty cool to have that.”

Lucas Herbert says PGA Tour win yet to sink in