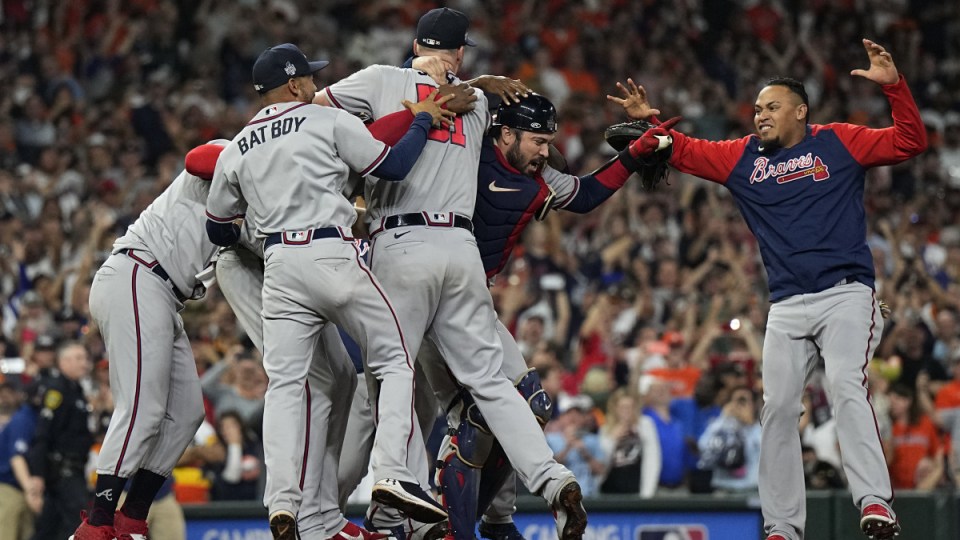 The Atlanta Braves have won Major League Baseball’s World Series for the first time since 1995 after a 7-0 win over the Houston Astros in Game 6 sealed the championship 4-2.

The Braves’ run through the post-season included series victories over the Milwaukee Brewers and defending champion Los Angeles Dodgers before beating the favoured Astros in the best-of-seven series.

It marked the second Braves World Series title since the team moved to Atlanta from Milwaukee in 1966 and also denied the Astros a second championship in five years.

The Braves got off the mark in the third inning when Jorge Soler crushed a breaking ball from Luis Garcia 446 feet and out of Minute Maid Park for a 3-0 lead that stunned the Houston crowd.

The 29-year-old slugger dropped his bat, thumped his chest and pointed to the Braves dugout before setting out to round the bases.

Dansby Swanson extended the lead in top of the fifth with a two-run shot to left field and Freddie Freeman tacked on another with an RBI double off the left field fence that put the Braves up 6-0.

Freeman struck again in the seventh when he pounded a solo home run to left center.

Braves ace Max Fried rebounded strongly after being roughed up in his last two starts. The left-handed starter gave up just four hits while striking out six and walking none over six innings.

Atlanta’s bullpen took it the rest of the way, Tyler Matzek striking out the side in the eighth and closer Will Smith getting Yuli Gurriel to ground out to Swanson in the bottom of the ninth to end the series.