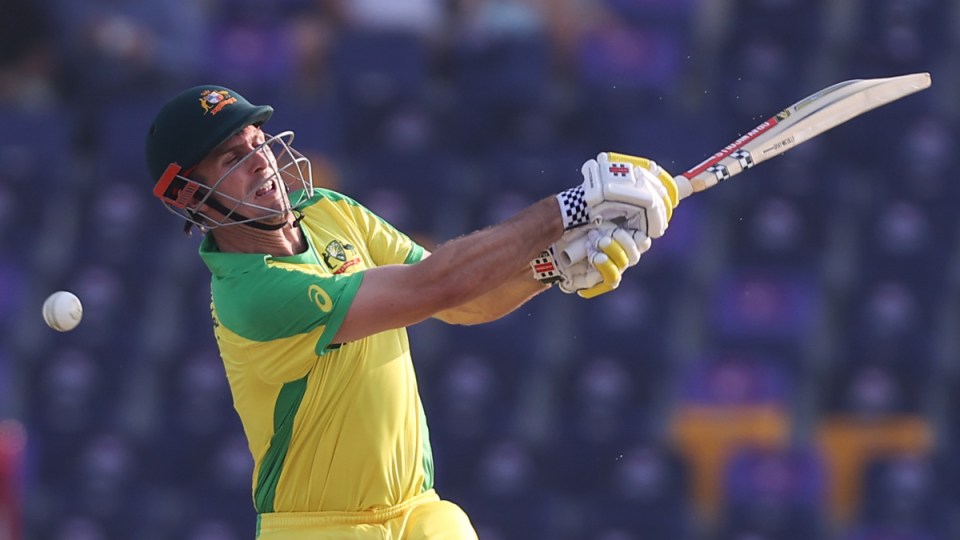 Australia is bracing for a “trial by spin” against Bangladesh as it weighs up a recall for all-rounder Mitch Marsh in the crunch Twenty20 World Cup clash.

Aaron Finch’s side was given a wake-up call with bat and ball in Dubai on the weekend, suffering a comprehensive eight-wicket loss to tournament favourites England that shattered its net run-rate.

It confronts Bangladesh and West Indies, on Thursday and Saturday night (AEDT) respectively, in its final two pool games.

It means Australia’s path to the semi-finals is clouded by memories of multiple recent T20 failures, having suffered 4-1 series defeats to both Bangladesh and West Indies this year.

Marsh, one of few players to stand up on the loss-laden T20 tour that Pat Cummins and several stars opted out of, was dropped for the clash with England to accommodate Ashton Agar’s return.

Selectors are mulling whether to recall the all-rounder, which would boost Australia’s batting depth but leave them with four frontline bowlers.

“If there is a shift back to the structure of the first two games then it’s probably likely that he’ll get the nod,” senior assistant coach Andrew McDonald said.

“He’s been a good servant over the last 12 months, had some great form lines against West Indies and Bangladesh.

“He’ll heavily come into consideration for the next game, there’s no doubt.

“On the back of such a disappointing loss (to England), you get direction. You chat, the conversations happen, the questions … we’ve probably got a little bit more clarity on the back of that failure. So that’s always a positive.”

The return of Cummins has bolstered an attack that was repeatedly put to the sword in the Caribbean, while Finch, David Warner, Steve Smith, Glenn Maxwell and Marcus Stoinis were all sorely missed during the spin-induced shemozzle in Bangladesh.

The pitch in Dubai on Thursday will also be notably different to that in Dhaka.

“It created a few headaches for us.

“It’s probably not going to be as difficult (to bat) as those conditions. Albeit … it’s going to be a similar trial by spin.”

McDonald argued the squad, given two days off before returning to training on Tuesday, would relish the challenge of must-win games against familiar opposition.

“The reality is Bangladesh did have a significant series win against us on their home soil, so did West Indies,” he said.

“It gives us a great gauge on whether we have moved forward.

“I’m not going to sit here and say that we have or we haven’t.

“It’ll be for the outside world to judge on the back of those two games. We’re excited about that.”