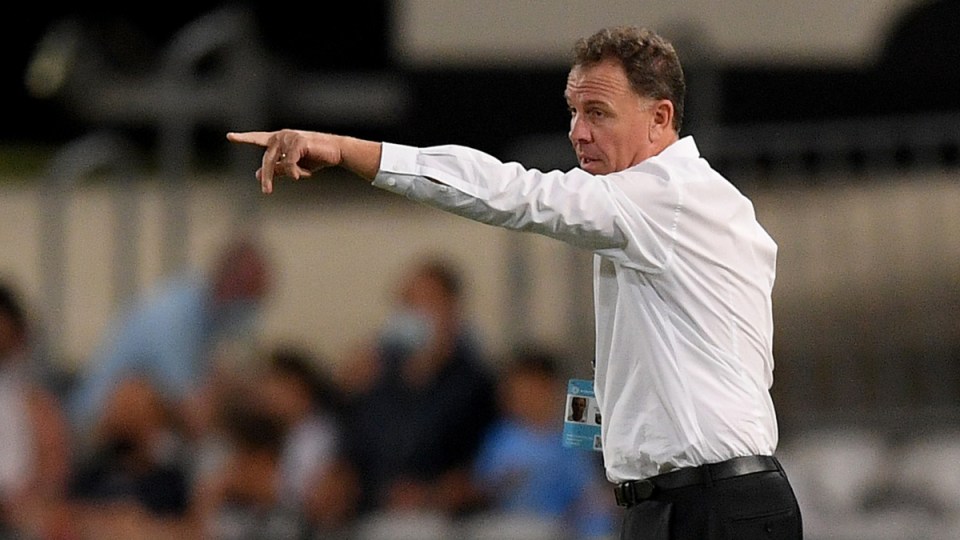 Ex-Australia women's coach Alen Stajcic will come face to face with the Matildas at the Asian Cup. Photo: AAP

Alen Stajcic’s first-hand knowledge of the Matildas will pose a “unique challenge” to Australia at next year’s Asian Cup in India.

The former Matildas boss will face his old team in the continental competition in January after Australia and Stajcic’s Philippines team were drawn together in Group B of the 12-nation tournament.

The draw adds extra spice to the opening stages of the tournament following Stajcic’s controversial exit from the Matildas’ role at the start of 2019.

Matildas assistant Mel Andreatta knows Stajcic well from his time in charge of the national team and said the 47-year-old’s experience will be a factor in Australia’s preparations.

1️⃣2️⃣ teams are set to battle it out for continental glory!

“With his experience and his knowledge of this team and the individual skills of players in our team that will be a unique challenge that we need to prepare for,” Andreatta said.

“Be ready to perform in spite of the fact someone really knows these players and this team in and out.

“We’ve still got to go out there and perform at our best and and get a result in that second match of the group.”

Australia will start its tournament against Indonesia on January 21 before facing Stajcic and the Philippines three days later.

The final group game will be against Thailand, which faced current Matildas coach Tony Gustavsson when he was part of the United States’ coaching staff at the 2019 World Cup in France.

With next year’s tournament to be Gustavsson’s first taste of an Asian Cup, the Swede was excited about it.

“Finally we know what’s ahead of us so let’s start to prepare,” Gustavsson said.

“I’m already really curious to get into new teams that I haven’t played before. For me that’s going to be a new experience.”

The tournament will be Australia’s sixth appearance at the Asian Cup, after winning the title in 2010 and finishing runner-up on three separate occasions.

Defending champions Japan has been drawn in Group C along with South Korea, Myanmar and Vietnam.

If Australia tops its group and Japan finishes second in its group, it means the two rivals will face each other in the quarter-finals in a potentially mouth-watering clash.

With qualification for the 2023 World Cup already secured due to Australia’s co-hosting of that event with New Zealand, Andreatta hinted next year’s event could be a chance for some of the team’s up-and-coming talent to get a taste of tournament football.

“This is another opportunity for all the playing group – new players, young players, current players, players returning into contention for selection – to find that drive or strengthen the resolve and create that energy, despite already qualifying for World Cup, to still perform,” she said.

“At the end of the day, in a high-performance sport and environment that’s what it’s all about.”

The Stats Guy: What does tourism in Australia look like now that travellers are returning?
‘I’ve never smiled this much’: Josh Cavallo uplifted by global reaction
Today's Stories