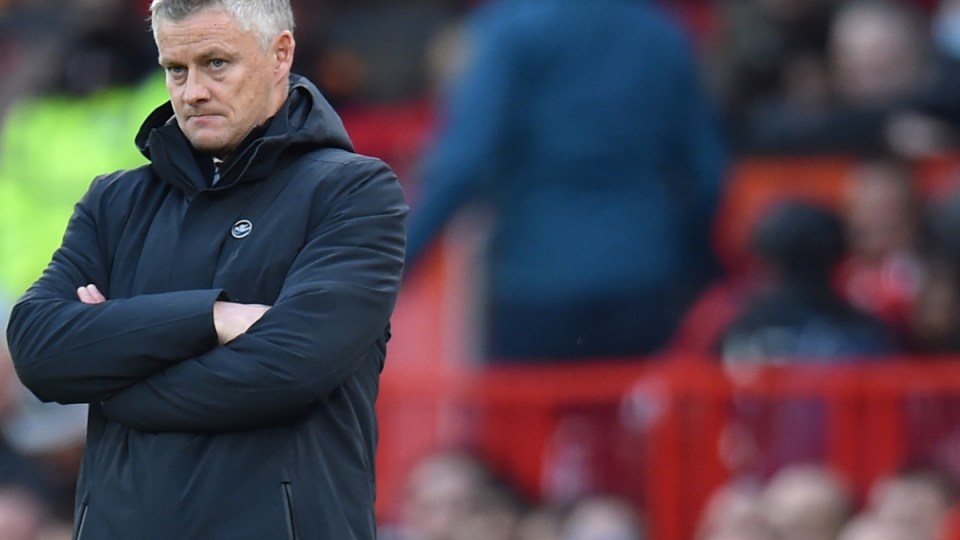 Only a sudden improvement in results will save Ole Gunnar Solskjaer at Manchester United. Photo: EPA

Manchester United manager Ole Gunnar Solskjaer has been given a chance to turn things around at the club and sort out the aftermath of Sunday’s 5-0 hammering at home to Liverpool.

Despite speculation he was set to be replaced after nearly three years in the position, Solskjaer remains in his post and multiple sources have told Reuters he will be in charge for Saturday’s game against Tottenham Hotspur.

United’s players and staff were due back at their Carrington training ground on Tuesday as the Norwegian manager begins the task of dealing with the shocking performance against Liverpool and getting ready for Saturday’s trip to Tottenham Hotspur.

After the trip to Spurs, United travels to Italy to face Serie A side Atalanta in the Champions League on Tuesday.

United is top of Group F at the halfway stage and is in a strong position to make it into the last 16 of the competition.

Those two games are followed by a home clash with Pep Guardiola’s Manchester City, when Solskjaer can ill afford a repeat of the Liverpool debacle.

Sources close to the club said United did not want to make a knee-jerk decision and is now focused on fixing the problems with the team’s performances and results.

That loyalty came despite the intense pressure placed on Solskjaer, 48, after Sunday’s humiliation.

Media has reported former Juventus and Chelsea manager Antonio Conte is “interested” in the job and there have been claims of dressing room discontent.

But Solskjaer will know that any continuation of results and performances like Sunday’s will make his position untenable at the club, which has not won the Premier League since Alex Ferguson’s last season in charge in 2013.

Those signings, particularly the return of Ronaldo, raised hopes United could launch a title bid this season but the team has won just one point from the past four games and looks well short of the standard required to compete with Chelsea, Manchester City and Liverpool for top spot.

However, since Solskjaer took over from Jose Mourinho in December 2018, initially on a temporary basis, the club has been working to make a long-term shift to recapture the “culture” of the Ferguson years, which Solskjaer experienced as a player.

Gradual improvements earned Solskjaer a contract extension in July, meaning his deal runs until 2024 with an option for an additional year.

Having made those commitments, United has been unwilling to jettison its plans on the basis of a sudden, albeit dramatic, slump in form.

Solskjaer’s first priority now will surely be to tighten up a defence that was shambolic against Liverpool and in the 4-2 loss at Leicester City a week earlier.

The return of former Real Madrid centre-half Varane from injury would be a major help in that regard but a change of shape and system, returning to the more compact, counter-attack focused approach from earlier in his reign, would also make sense.

But first Solskjaer will need to deal with a group of players still hurting from the mauling at the hands of their old rivals.