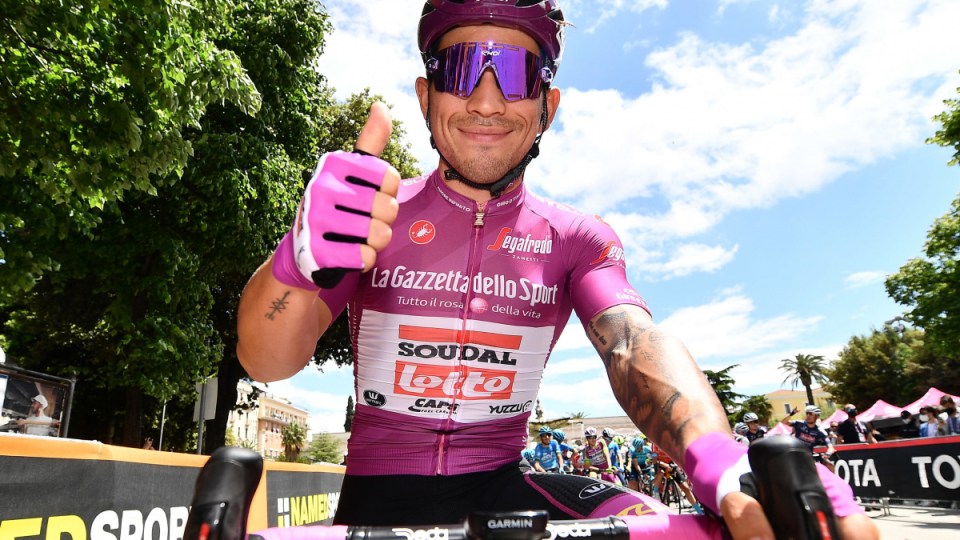 The sprint ace has confirmed he will target the September 25 road race.

That also means he has parked his goal this year to win a stage in each of the three Grand Tours – a mission that was thwarted when he crashed early in the Tour de France and badly broke a collarbone.

While event organisers will not reveal the race routes until next month or November or December, Ewan is bullish about his prospects.

“I can win there. In the second half of the season, I will mainly focus on that race,” Ewan told the Dutch website WielerFlits.

It’s a major boost for the event, given Ewan is a Sydney native as well as one of the world’s top sprinters.

“It’s wonderful to hear that Caleb, one of Australia’s most-decorated and favourite road cyclists, has his sights set on a win in Wollongong next September,” event boss Stu Taggart said.

“To see Australian cyclists claim a coveted rainbow jersey on home soil, and in front of a home crowd, would be a fairytale finish to this significant event for Wollongong and cycling in Australia.”

Only three riders have won a stage in each of the Grand Tours – the Giro d’Italia, Tour de France and Vuelta a Espana – in the same calendar year.

Ewan was aiming to become the first rider to achieve the feat since 2003 and he was on track with two Giro stage wins.

But he fell heavily in sight of the stage three finish at the Tour de France on June 28 and needed surgery for his badly broken collarbone.

Ewan did not return to racing until late August and he did not finish the road race at last month’s world championships in Flanders.

The Australian doubts he will go to next year’s Vuelta in the lead-up to the Wollongong worlds.

“The Vuelta will probably not be the best preparation for it. My program is not fixed yet, but for now I would say that I won’t start there,” he said.

It’s definitely been a tough year. Relieved to have the answer and a clear path forward now. Thanks to those who checked in on me this year and above all thanks to those closest to me for the amazing support through it all including my team @GreenEDGEteam 🤗 https://t.co/jWvoI3k2Qe

She is out of action for six months because of major surgery to fix her iliac arteries.

It remains to be seen whether the road race course will suit a sprinter such as Ewan or Spratt’s climbing prowess.

“The thing is, we have me and then we have Caleb Ewan – is it for Caleb or is it for Spratty?” she said last month.

“I spent more time there growing up.”

Taggart is giving nothing away about the road race courses.

“We look forward to releasing the course before the end of the year and can’t wait to be part of the conversation about which of the world’s top cyclists will be best suited to the topography of Wollongong, and the technical design of the race route,” he said.

Michelle Grattan: Morrison’s defeat is a victory for Independents, and the Greens
Matildas search for repeat performance of win over Brazil
Today's Stories