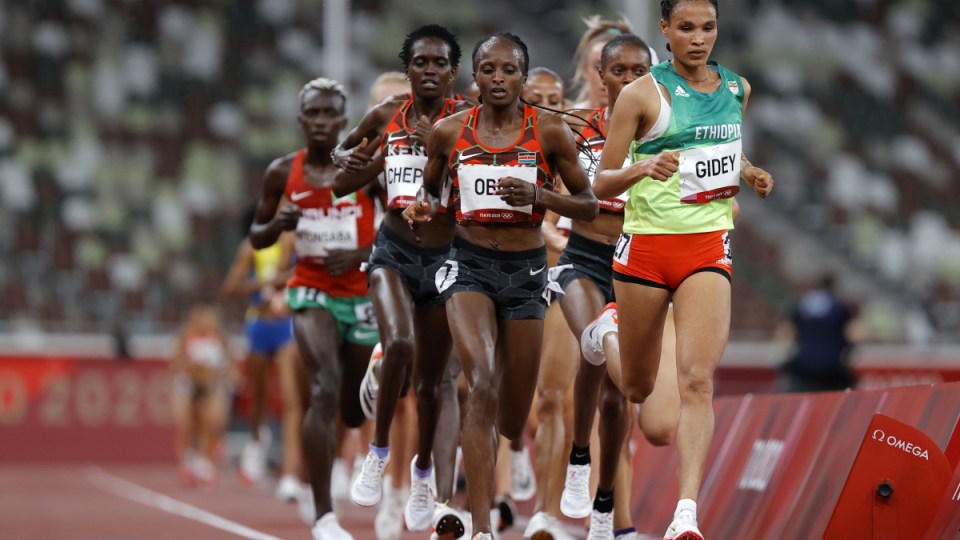 Ethiopia's Letesenbet Gidey has set a world record for the women's half marathon in Valencia.  Photo: EPA

Ethiopia’s Letesenbet Gidey has smashed the women’s half marathon world record, finishing in one hour two minutes 52 seconds at the Valencia Half Marathon.

“I’m so happy to break the world record in my first half marathon and my first race for the NN Running Team. Gracias Valencia,” said Gidey, the Tokyo Olympics 10,000 metres bronze medallist.

Her 10km split was 29:45 minutes, around 35 seconds better than the pace of Chepngetich when she set the record, and she steadily improved in sunny conditions to cruise to victory.

She crosses the @MedioMaratonVLC finish line in 1:02:52 👏

In the men’s race, Kenya’s Abel Kipchumba made a late charge to win in 58:07 minutes, moving him to sixth on the world all-time list.

Fellow Kenyan Rhonex Kipruto was second in 58:09 and Daniel Mateiko was third in 58:26 as the top seven men finished the World Athletics Elite Label road race inside 59 minutes.

With a dramatic late surge Abel Kipchumba out-kicks Rhonex Kipruto to win the Valencia Half Marathon in 58:03 (TBC). pic.twitter.com/NL1UuvvJQ1