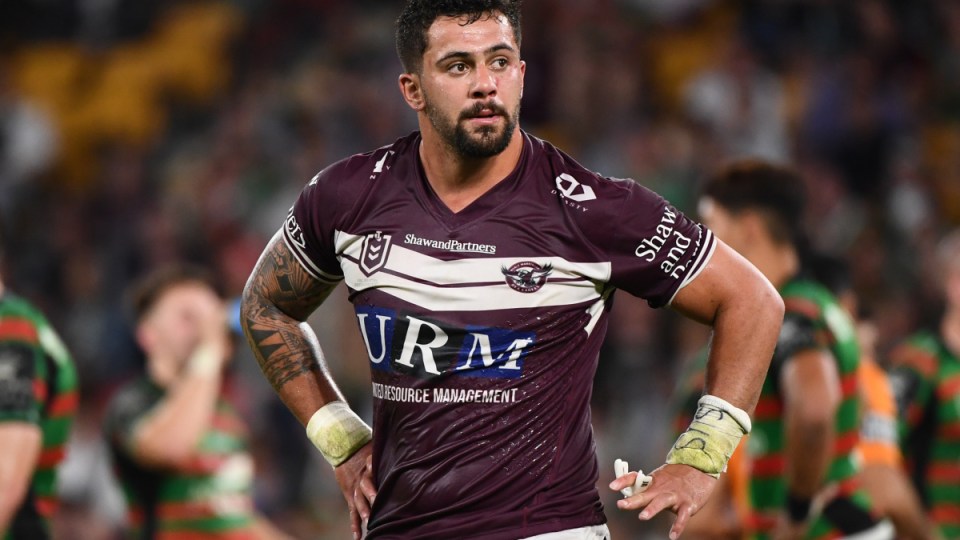 Manly prop Josh Aloiai has accused Paul Gallen of “ducking and diving” over plans for the pair to meet in the ring due to fears it could ruin his chances of a highly anticipated fight with Sonny Bill Williams.

Gallen dispelled the notion his boxing exploits were a novelty as he showed impressive pedigree in what appeared to be the last three fights of his career.

The NRL great defeated UFC legend Mark Hunt and dispatched ex-WBA heavyweight champion Lucas Browne in a first-round knockout, before admirably succumbing to a 10th-round TKO at the hands of Justis Huni in June.

At the time of the Huni defeat, Gallen, now 40, suggested his 12-bout boxing career was likely finished.

“Gal doesn’t want it. (He is) ducking and diving his heart out,” Aloiai posted on social media.

Aloiai, who comes from a family of boxers, later told AAP: “I’m concerned he won’t sign it. He has got a lot to lose if he comes into the ring with me.

“He knows I have boxing pedigree and I’m waiting to see what he does.

“They are always talking about these super fights with Sonny Bill Williams or Rob Whittaker.

“I guess he’s worried that none of those could happen if he loses to me.”

The Manly prop has been given permission from coach Des Hasler to enter the squared circle later this year.

He had previously discussed a professional boxing bout when at Wests Tigers, but injuries and post-season surgeries hampered his ability to train.

While there is no bad blood pair stemming from their time in the NRL, Aloiai said Gallen risked being humiliated if he agreed to the bout.

“I know what I can do and I’m keen to fight. I’m a student of the game,” Aloiai added.

“I’m 25 and he hasn’t fought someone young and fit for quite a while.

“I think boxing wise I’ll have a better motor than him and my punch selection and ring IQ will be better than his.

“Everyone knows he’s tough and durable – I just think it’ll be a good match up and we’re game.”