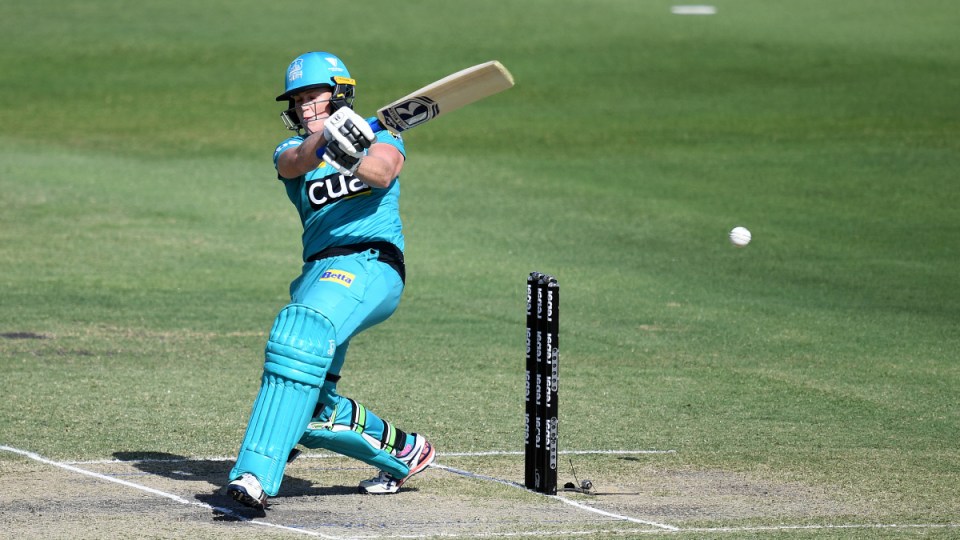 Perth has claimed a thrilling Super Over victory over Brisbane to cap a remarkable comeback in the second match of Sunday’s WBBL double-header in Tasmania.

Big-hitting captain Sophie Devine smashed two sixes in the extra over as the Scorchers reached the target of 13 with three balls to spare to start their tournament with a victory at Blundstone Arena.

Having controlled the game for most of the day, Heat collapsed in the final overs of its chase but forced the one-over tiebreaker by scrambling two off the final ball of the innings to finish 9-137 in reply to the Scorchers’ 7-137.

Don't let these casual looks fool you. That was a WILD game of cricket!

But Devine made light of that score, scoring two sixes off the three balls she faced from Heat captain Jess Jonassen to ensure the win.

Devine would feel aggrieved to have needed the tiebreaker after her team muffed a run out opportunity off the final ball to allow Brisbane to level the scores with a two.

That finish came after Heat appeared to be cruising to victory at 3-103 after 13 overs following a typically-belligerent Grace Harris innings of 41 off 27 balls.

The dismissal of youngster Georgia Voll (12) turned the tide of the game however.

Brisbane lost 6-22 off the remaining overs with Alana King (2-24) at the heart of the fightback, including a sensational one-handed catch off her own bowling to dismiss the dangerous Laura Kimmince (8).

Laura Kimmince absolutely smoked this – so for Alana King to hold on to it is very impressive! #WBBL07 pic.twitter.com/RtVzGUVKYU

“She’s a pretty dangerous player and has shown that in the last few years,” King, named player of the match, told the Seven Network.

The final over of Heat’s chase included a bizarre run out off the penultimate ball for Nadine de Klerk, who was caught with her bat in the air at the non-striker’s end when the ball was returned from the outfield as she debated going for a second run with Nicola Hancock.

The Heat No.10 combined with Poonam Yadav to then scramble two off the final delivery as the Scorchers botched a run out opportunity, forcing the super over.

Legspinner Poonam had continued the key roles of Indian imports in Sunday’s double-header, picking up two wickets with the ball on her Heat debut including the vital scalp of Beth Mooney (40).

Poonam claimed 2-25 against the Scorchers, while Jonassen shone on her return from the injury that ruled her out of Australia’s recent multi-format series against India with 3-16 including the wicket of Devine (19) with her first delivery.

Verma scored 57 as the Sixers made it two wins from two games, combining with captain Ellyse Perry (27) in a match-winning 63-run third wicket stand.

Another Indian teenager, 18-year-old Richa Ghosh, was Hobart’s top scorer with a run-a-ball 46.