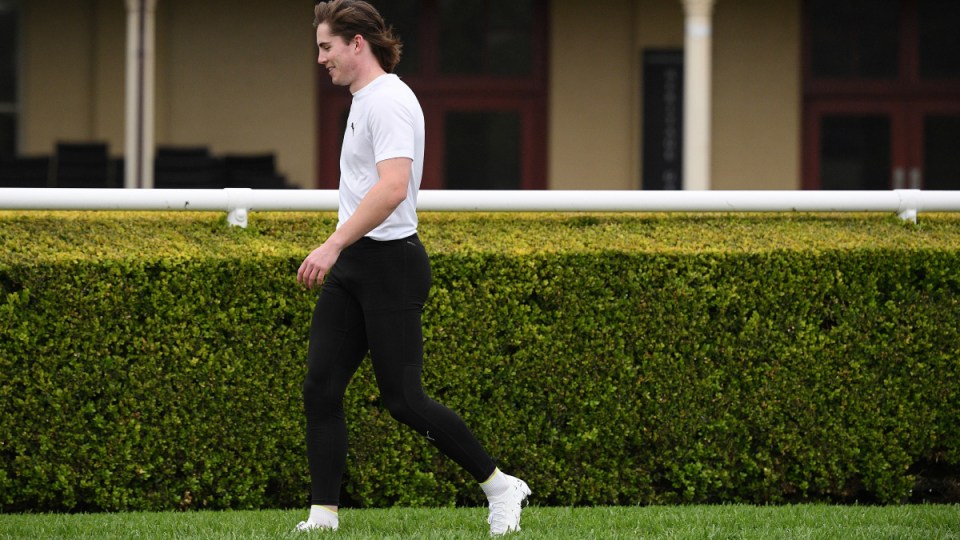 Rohan Browning will prioritise being at his peak for next year’s world championships, rather than the Commonwealth Games, as Australia’s top sprinter prepares for the busiest season of his life.

Browning on Monday beat a horse ridden by champion jockey Hugh Bowman at Randwick racecourse in a handicapped TAB promotion for Saturday’s Everest event, but his eyes remain firmly on 2022.

Browning shot into the national spotlight during the Tokyo Olympics, running 10.01 seconds to win his heat before finishing 13th overall when he bowed out in the semi-finals.

Olympic sprinter Rohan Browning, jockey Hugh Bowman and trainer John O'Shea at Royal Randwick for a special #TABEverest event. Well done Rohan for the win…maybe the fence was the place to be?! pic.twitter.com/FfeOjoRy0X

He has taken great confidence from a breakthrough campaign and insists one of the busiest seasons in memory will come at a good time for him next year.

But it won’t be without its challenges.

“It will be tough just for coaches to write programs and there will definitely be a bit of strategy involved in when to peak,” Browning told AAP.

“It’s hard to peak multiple times in a year because it’s just such an unsustainable model.

“We will definitely target the world championships and try and do some damage there.”

Browning finished eighth overall of Commonwealth runners in Tokyo and placed ninth three years ago on the Gold Coast.

But there will be just two-and-a-half weeks between the 100m events in Oregon and Birmingham, with each normally the biggest events on a calendar year.

“It’s difficult. The Commonwealth Games is quite shortly after the world championships,” Browning said.

“So it’s tough in that you have to be able to back up two big championships.

“That’s really tough on the body. There are no other set of circumstances in which you have to do that.

“But at the same time getting in some good base work now will make a big difference for the back end of the season.”

The Sydney talent will continue with heavier training until the end of December, before determining what events he runs in at home before the indoor championships in Belgrade in March.

“I’ll just have to be quite strategic with my racing to figure out how many races I can do in a year and stay in good shape,” he said.

“It really does (come at a good time). Because I think my progression has been slow but steady.

“It’s that process of chipping away because you don’t make these improvements overnight.

“And it is just a mature man’s event.

“You need the strength that takes years and years of full-time training. You can’t just manufacture that overnight.”