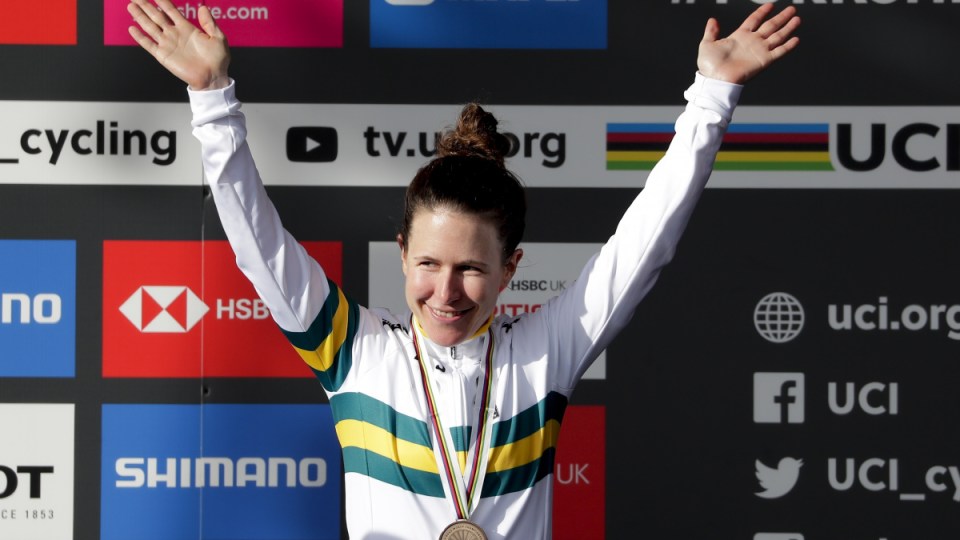 Cyclist Amanda Spratt will have surgery to correct an arterial issue that ruined her Olympics. Photo: AP

Top Australian cyclist Amanda Spratt will have major surgery to fix the arterial problem that destroyed her Tokyo Olympics campaign.

The 34-year-old has revealed she has iliac artery endofibrosis, a rare condition that has become increasingly common among professional cyclists.

The condition causes restricted blood flow to the leg muscles during training and racing.

It’s definitely been a tough year. Relieved to have the answer and a clear path forward now. Thanks to those who checked in on me this year and above all thanks to those closest to me for the amazing support through it all including my team @GreenEDGEteam 🤗 https://t.co/jWvoI3k2Qe

While the surgery will mean several months of recovery, Spratt will target next year’s Tour de France and the world road championships in Wollongong.

Her team Bike Exchange released a detailed statement on Monday, outlining the condition and expressing optimism about what lies ahead for her.

Spratt will have the operation later this month at the Sports Medicine and Vascular Unit at Veldhoven in The Netherlands.

“It is time to digest this diagnosis and as I prepare for my surgery, I know I will be surrounded by the best team, and I am excited to see what I can achieve with the team next season,” Spratt said.

A season of questions & underperforming but now the reason is clear.

“I could feel that something wasn’t right. My performances got worse and worse & if I reached the final of a race, my legs were the first to explode." – @AmandaSpratt🎙https://t.co/2GXva09Wnm

After top-three finishes at the 2018 and 2019 road worlds, Spratt was a strong medal chance at the Tokyo Games.

But Spratt failed to finish and that was the tipping point.

“It was, of course, an event that I had been training relentlessly for; a major goal of the season.

“The come down after the Olympics was incredibly difficult because I just couldn’t understand what had happened or why.”

Spratt said she had felt something was wrong since the late in the 2020 season.

By mid-August, the diagnosis was confirmed and surgery was the only option.

Spratt still rode at last month’s world road championships, but only in a support role.

She also told AAP before the worlds that she was facing an extended spell off the bike, without revealing why.

“I definitely felt relieved to have an answer – for myself, but also for those closest to me who put so much time and effort into helping me try and be my best,” Spratt said.

“It’s definitely been a struggle to race this year and to not know why I couldn’t be at my best.

“There is no linear progression with this condition.

“You are still able to have some good days littered amongst the bad days, but for me in the last months, as the condition worsened, I struggled to have many good days at all.”

“This is a significant surgery which can involve releasing the arteries along with bypassing the narrowed segment with a vein graft,” he said.

“It requires very careful post-operative rehabilitation and the return to full training will be after five to six months.”