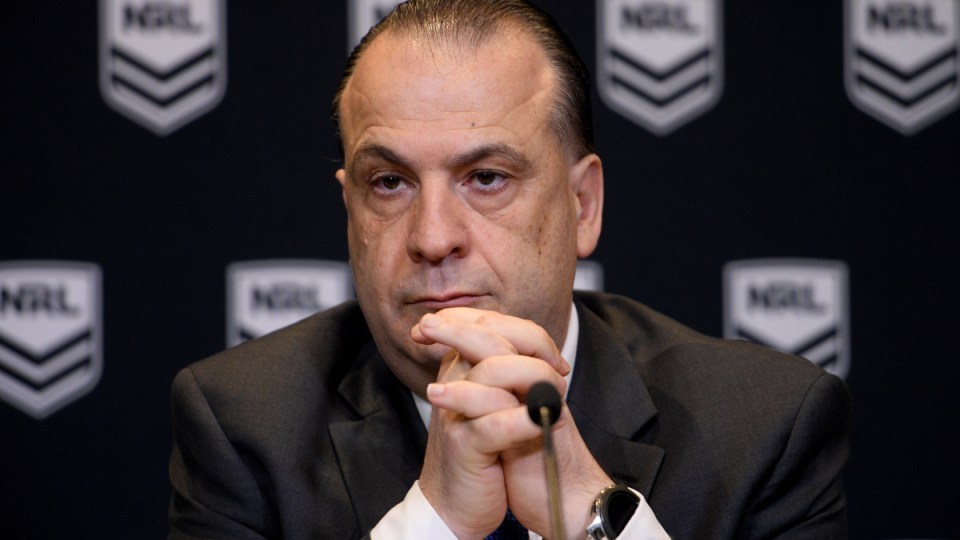 The NRL believes it can turn 200,000 rugby league fans into supporters of a new franchise after all but locking in expansion to a 17th team for 2023.

Club bosses were told on Thursday that the NRL was set for its first expansion in 14 years after being sold the figures on adding an extra side.

AAP understands ARL Commission chair Peter V’landys addressed the meeting as if expansion was a formality, and there was little resistance from clubland.

The 17th franchise is likely to become official early next week, with a committee to meet on Friday to assess the bids.

At the latest, a new side will be announced by the end of October, allowing the franchise to hit the player market for 2023 at the same time as every other club on November 1.

The NRL will DEFINITELY be expanding in 2023 😍https://t.co/T8ZTqriiHv

The Redcliffe-based bid remains the frontrunner, ahead of the Brisbane Easts-backed Firehawks and the Brisbane Jets.

Home games will be played out of Suncorp Stadium, offering the Brisbane Broncos a cross-town rival and Queensland a fourth club.

The expansion will result in 12 extra games per season, with two byes for each team.

The move comes off the back of a $50 million surplus shown to clubs on Thursday, as well as a $100 million kicker from News Corp for five years.

That financial support from News Corp was the final piece of the puzzle for the NRL in its bid to make sure the move would be profitable.

It’s also believed the move to a 17-team competition also has the backing of the Nine Network, the code’s free-to-air broadcaster.

Club bosses were also told at Thursday’s meeting the NRL is close to securing a new free-to-air deal, as well as the naming rights sponsorship with both expiring at the end of 2022.

Once that is complete, the NRL will begin formal negotiations on club funding from 2023 and beyond.

Clubs have been told they will be better off with a 17th franchise with more money in the game, but it remains to be seen if they will receive the extra $1.5 million per season some have asked for.

Regardless, the NRL is adamant it can attract more fans, sponsors and viewers by expanding the competition.

Data from a three years of research has shown the NRL there are 200,000 followers of the code in Queensland who do not support a team.

The league believe it will be able to turn them into fans of the new franchise, as well as drawing others in from the region.

It is also buoyed that there are just six men’s professional sporting clubs in Brisbane, compared to 17 in both Melbourne and Sydney.

South-east Queensland has long been seen as a heartland for the game, with Magic Round a repeat success and high television ratings for Broncos matches.