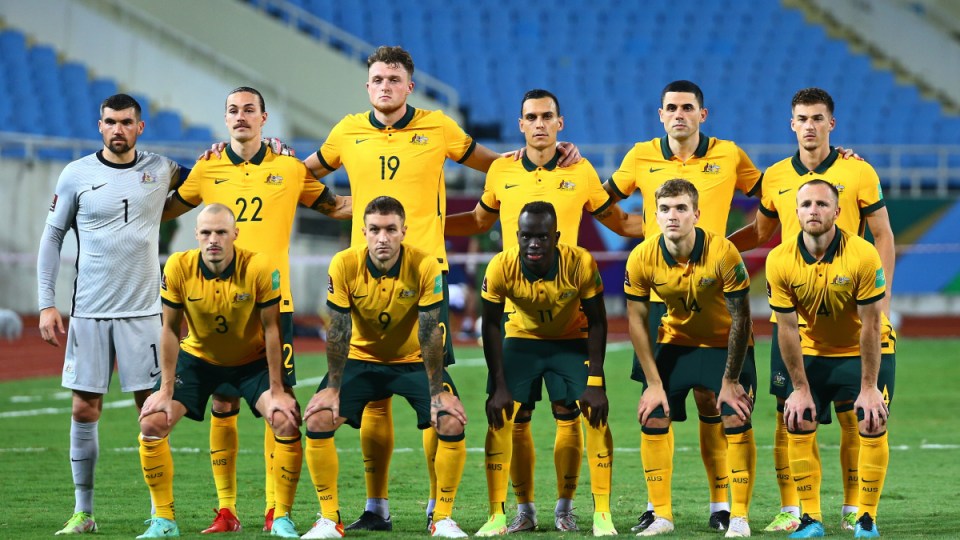 The Socceroos find themselves in a battle to qualify for the World Cup finals in Qatar. Photo: EPA

Nor does next week’s encounter with fierce rivals Japan – at least not yet.

Instead, Arnold insists Australia’s sole focus is on the crunch meeting with Oman in a ‘home’ World Cup qualifier in Doha on Friday morning (5.30am AEDT).

The fixture presents the Socceroos with an opportunity to strengthen their position on top of Group B in the third round of Asian qualifying as they chase a berth at a fifth consecutive World Cup.

It's nearly time to resume our @fifaworldcup qualifying journey 🙌

Ultimate Guide & how to watch: https://t.co/yFB0QzlUWI

It could also see Australia set a record mark of 11 successive wins in a single qualification campaign, having extended its current streak to 10 last month with a comprehensive 3-0 dispatching of China and a gritty 1-0 triumph over Vietnam.

“We might be able to look back at that in years to come or after we qualify for the World Cup,” Arnold said.

“The most important thing for me today – and I’ve said this to all the players – we don’t talk about any of that.

“We just focus on this game against Oman and make sure we get the job done here.”

The full Socceroos squad has only been able to come together in Doha two days out from the Oman clash at the Khalifa International Stadium.

Arnold knows it won’t be an easy task against an opponent that stunned regional heavyweights Japan 1-0 away from home in their opening third-round match.

“With the amount of time that we have, we can only give (the players) a few details and keep the messaging simple about Oman,” Arnold said.

“They’ve got great energy, they work hard and that’s the most important thing – that we match that.”

The Socceroos took hits when Brad Smith and Milos Degenek were ruled out of the Oman and Japan qualifiers after testing positive to COVID-19.

Arnold said the defenders are asymptomatic but were unable to join the squad in Doha.