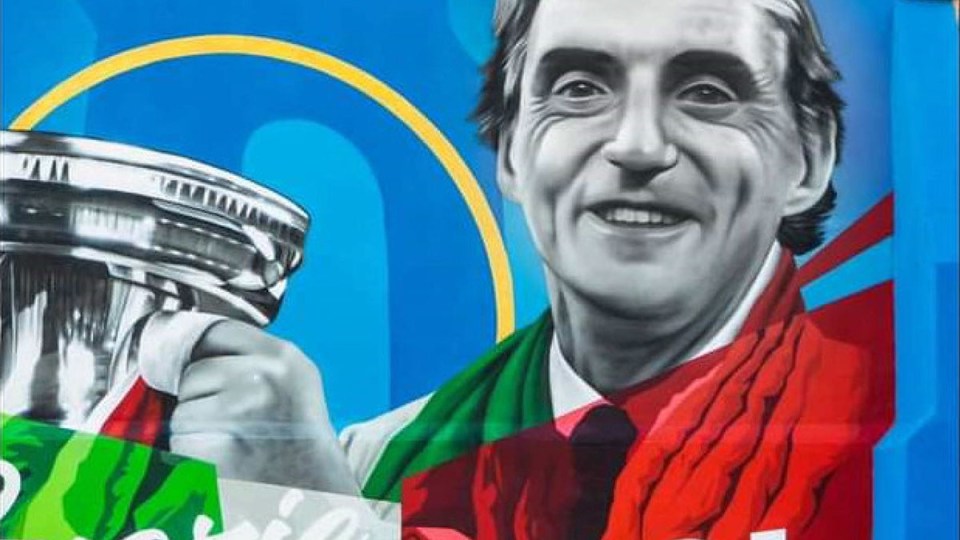 Euro-winning coach Roberto Mancini is hoping to lead Italy to another trophy, in the Nations League. Photo: EPA

Italy coach Roberto Mancini completed a remarkable turnaround of his country’s fortunes in summer when the Azzuri won the delayed Euro 2020 after failing to qualify for the 2018 World Cup.

Appointed after a historic failure to reach Russia, Mancini has led his side on a record 36-game unbeaten run that includes the European title and a triumphant run to the Nations League finals.

Italy is hosting the final-four event and opens matters with a semi-final against Spain in Milan on Wednesday – a rematch of their Euro semi-final won on penalties in London just three months ago.

France then faces world No.1 Belgium on Thursday in Turin for the right to head to Milan for Sunday’s final after the two semi-final losers contest third place in Turin.

All you need to know as kick-off approaches 👇#NationsLeaguehttps://t.co/KAFgbcVxDg

“Spain were the team we struggled against most during Euro 2020,” Mancini told UEFA.com.

“They are a good team with good players.

“It will be a good match. (Passing the ball on the ground is) something they are the best at. We didn’t have the time to master it at their level.”

Mancini’s Italy returned home heroes after winning the Euros, something particularly significant in a country hit so hard by the coronavirus.

“It was great, because we made many people happy, both young and old,” he said.

“Something that made a lot of people happy, maybe also because of these times we have been living through.”

Spain coach Luis Enrique told UEFA the Nations League was “a competition that we would love to win, and strangely we will play against the reigning European champions in their country.

“It will be a very interesting match, to see what kind of performance we are capable of producing in front of an Italian-majority crowd and against the reigning European champions. You don’t need any more motivation than that.”

All four countries are taking a break from World Cup qualifying to contest the tournament, but the prospect of an immediate trophy rather than waiting to Qatar 2022 is enticing.

Italy and Spain will look back with pride on the Euros but world champions France and Belgium are both hoping to atone for exits earlier than they would have wanted.

“You always go into a competition to win it,” said France defender Raphael Varane on UEFA.

“(At Euro 2020) we didn’t achieve that goal, but we have other challenges ahead of us, so we focus on that and the counters are reset each time, whether it’s after a victory or a loss.

Unlike their competitors in the tournament, Belgium is still seeking a maiden international trophy despite its top-ranked status.

“This generation can challenge to get silverware and, while being consistently the No.1 team in the world will be an achievement when this group retires, we want both, really,” said coach Roberto Martinez.

Italy looks to build on Euro 2020 triumph in Nations League