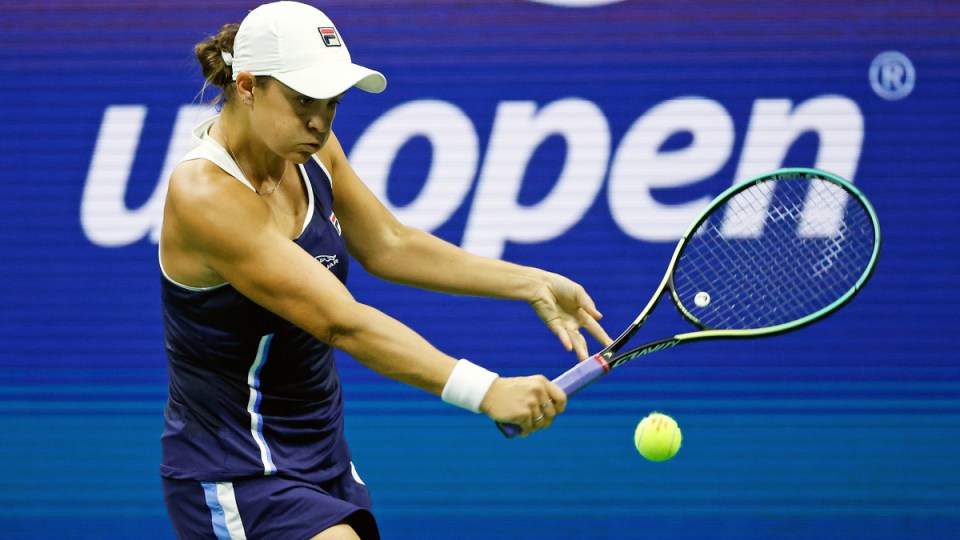 Australia's world No.1 Ash Barty has opted out of the Billie Jean King Cup Finals in Prague. Photo: EPA

Australia’s hopes of making another run at the Billie Jean King Cup have suffered an almighty blow with Ash Barty opting out of the prestigious teams’ event.

Barty led Australia to the final of the last edition of the Fed Cup in 2019 before the first instalment of the newly named competition was abandoned last year because of the pandemic.

Now the Wimbledon champion and world No.1 has decided not to take part this year’s finals in Prague after almost certainly ending her gruelling season prematurely.

Barty is resting up after seven months on the road, still weighing up whether to defend her season-ending championship from 2019 but highly unlikely to do so with the rescheduled and relocated event being staged at altitude in Mexico next month.

Just a gentle reminder… ONE MONTH TO GO! 📆🙌

Who will be bold? Who will make history?

Travelling to South America would require a second two-week stint in quarantine back in Australia and seriously disrupt her build-up to the summer – and chiefly her Australian Open preparations.

Australian captain Alicia Molik sees Barty’s absence as a huge opportunity for others, including young gun Gadecki, who has soared from unranked to the world’s top 250 after a phenomenal season on the Futures and Challengers circuit.

“Ajla has had an incredible year and this is a great opportunity for her to lead the team,” Molik said.

“Storm and Astra are both tremendous team players and it’s exciting to welcome Ellen and Olivia to the team for the first time.

“Representing your country is a huge honour and always brings out the best in our team.”

Tomljanovic recorded eight singles wins in her career-best grand slam season yet, not only reaching the last eight at Wimbledon – where she lost to Barty – but also the US Open third round.

Sanders has also had a breakout year, achieving a career-high singles ranking of No.123 last month.

Gadecki kickstarted her stellar season with a victory against world No.4 and 2020 Australian Open champion Sofia Kenin as an unranked wildcard at the Melbourne Summer Series in February.

The up-and-comer from the Gold Coast has since claimed two ITF singles and five doubles titles to secure a position in Australia’s top 10 women in both singles and doubles.

Australia has been named in Group B alongside Belarus and Belgium.

The event format will be a round-robin with the four group winners to face off in the semi-finals for a place in the final.

Each tie consists of two singles and one doubles match.