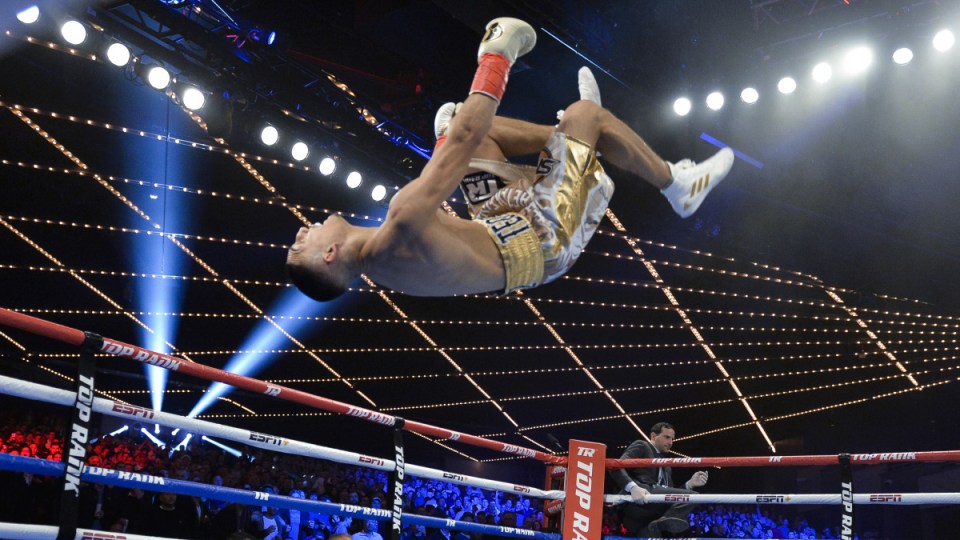 The long-awaited world title fight between Australian boxer George Kambosos and Teofimo Lopez appears to be off after an ugly fallout with the promoter.

Kambosos (19-0) hasn’t fought in Australia since October 2017, with his past six bouts overseas, including his two most recent wins over former world champions Lee Selby and Mickey Bey.

He was Manny Pacquiao’s main sparring partner in preparation for the Filipino legend’s 2017 fight with Jeff Horn.

The Kambosos-Lopez fight was due to be held on October 4, but promoter Triller Fight Club decided it wanted to move it to October 16 because of a clash with a Monday night NFL game.

First scheduled for June 5, the bout had already been rescheduled four times – once due to Lopez (16-0) testing positive for COVID-19.

Lopez agreed to the latest date swap, however, mandatory challenger Kambosos refused, with his lawyer asking the IBF to remove Triller as promoter.

“Triller has breached the contract, lied to the IBF about Mr. Kambosos’ agreement to move the bout and attempted to coerce Mr Kambosos into executing an amendment that does not comply with IBF (rules) in that it does not specify a venue,” the letter read, according to CBSsports.com.

“Triller should be declared in default … and should be barred from future purse bids for its egregious behaviour.”

If Kambosos is successful the fighters would share the $1.65 million purse bid deposit paid by Triller and the fight would go to the promoters who placed the second-highest bid.

Triller boss Ryan Kavanaugh accused Kambosos of a “shakedown”, telling ESPN the 28-year-old Sydneysider had demanded $520,000 in financial compensation for the date change.

Triller wants the IBF to drop Kambosos from their rankings and make Isaac ‘Pitbull’ Cruz (22-1-1, 15 KOs) the new contender.

“This is nothing more than Kambosos attempting to extort Triller,” Kavanaugh said.

“This is a sad day for boxing. We are paying him nearly 10 times his next highest payday, almost $3.44 million.

“We have secured Barclays (Centre), made our deposits, signed with Lopez, and Kambosos is making financial and other demands after confirming this date is in fact better than the fourth.

“This is a pure and simple shakedown and speaks a lot to his character.”

Nick Kyrgios at Wimbledon: Can he win it? Yes, he can
Swedish police say tenant is suspect in Gothenburg building blast
Today's Stories