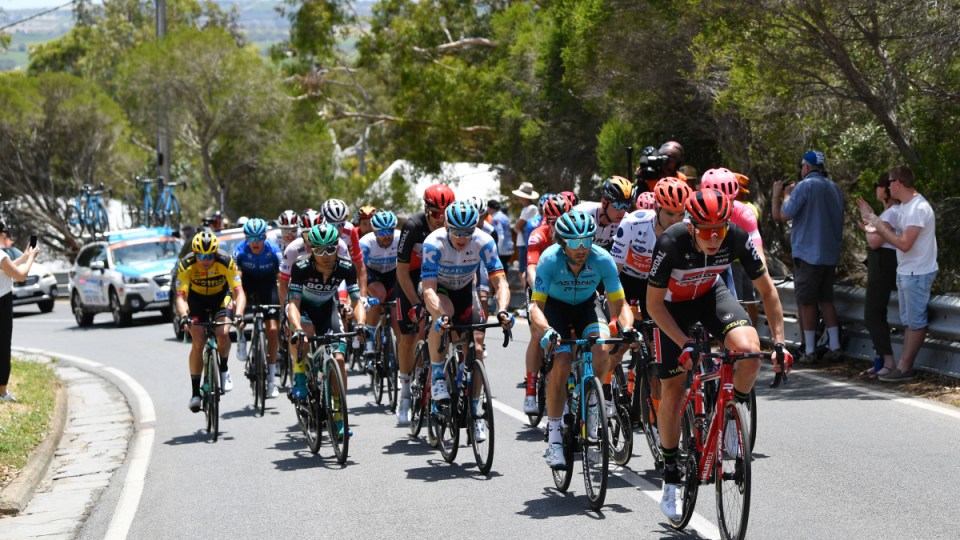 The Tour Down Under has been cancelled for the second year running because of the pandemic. Photo: AAP

The Tour Down Under and Cadel Evans Great Ocean Road race have been cancelled again because of the COVID-19 pandemic.

Australia’s two top cycling events were due to return early next year, but event organisers have announced they will not go ahead.

The two races did not go ahead this year, with border restrictions and quarantine rules making it too hard to bring in overseas riders and team support staff.

The Adelaide Tour announced its cancellation on Thursday morning and the Cadel Evans race, which starts and finishes in Geelong, was called off hours later.

EVENT ANNOUNCEMENT 💥 The Santos Festival of Cycling will return from 21-29 Jan 2022 with an exciting program of racing being announced soon. It will run in lieu of the TDU due to challenges around international border closures & quarantine requirements. https://t.co/Qs1Aemzpw8

Organisers made the call a month earlier than this time last year.

Events SA executive director Hitaf Rasheed said they had explored all avenues before cancelling the Tour and the women’s Tour.

“Unfortunately in the end it was the border closures and quarantine requirements for more than 400 people that make up the international teams that proved to still be too difficult to overcome,” Rasheed said.

Adelaide’s Festival Of Cycling, a domestic event covering a wide range of disciplines, will go ahead on January 21-29 in its place.

The Tour Down Under is the season-opening event for the men’s WorldTour and the women’s UCI ProTour.

It started in 1999 and has grown into a major SA tourism event.

UPDATE 🎙 The #CadelRoadRace will not be staged in January 2022.

Visit Victoria has been advised that the WorldTour Teams will not be able to travel to Australia for January's elite cycling calendar due to national quarantine challenges.

Rasheed said its most recent edition in 2020 attracted 44,000 visitors, generated 742 jobs and brought more than $66 million into the state’s economy.

Once the Tour Down Under was called off, the Cadel Evans race was also doomed for next year because international teams start their seasons in Adelaide and then head to Geelong.