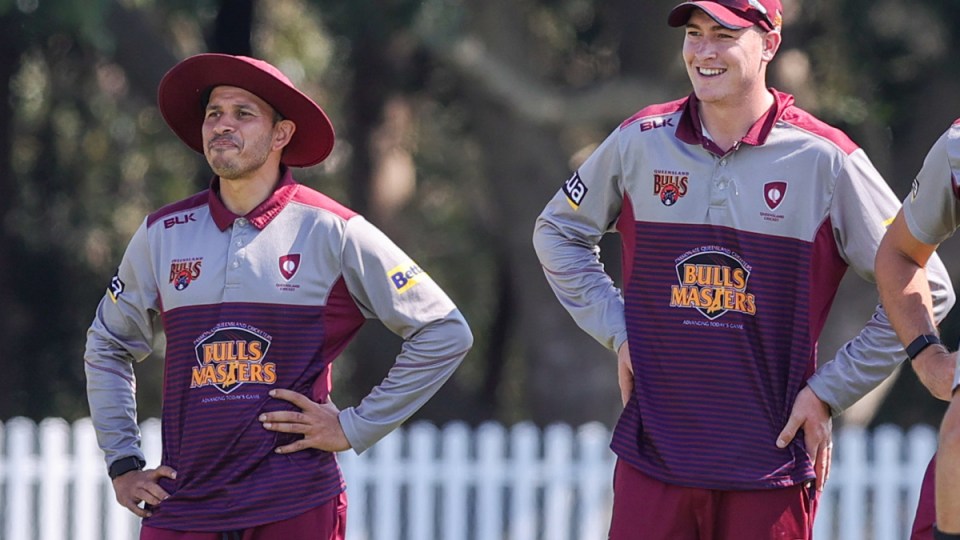 Queensland is hopeful it can launch its Sheffield Shield title defence “soon” despite Tasmania flying home on Tuesday amid COVID-19 concerns.

The defending champions had been set to begin their Shield campaign against the Tigers at Brisbane’s Ian Healy Oval on Tuesday.

However, it was announced just before the scheduled toss the start would be delayed by 24 hours.

But the match was then officially postponed until later this season after Tasmania returned to Hobart as a “preventative measure” following a number of COVID-19 infections in Brisbane.

#SheffieldShield update | Today's match between Queensland and Tasmania at Ian Healy Oval, due to begin today, has been postponed.

The match will be rescheduled to a new date later in the season, following the Tasmanian team’s decision to fly home today.

Queensland Premier Annastacia Palaszczuk announced on Tuesday four new locally acquired coronavirus cases had been recorded, prompting mandatory masks in indoor settings to be worn in Brisbane but no lockdown.

Tasmania still pulled both its Shield and one-day squads and flew home.

It was also scheduled to play Queensland in a one-day clash on Sunday at the same venue.

The Queensland-Tasmania match was one of only two Shield games scheduled to date due to border closures and restrictions.

Cricket Australia and all State and Territory Associations will continue to make the health and safety of our players, staff, match officials, fans and the wider community our top priority as we look to execute a safe and successful summer of cricket.
(3/3)

The game’s postponement looked set to deny Ashes hopefuls in both teams a chance to press early claims.

Queensland’s Test No.3 Marnus Labuschagne, Usman Khawaja, Joe Burns, Mitch Swepson and Micheal Neser along with Tasmania’s Matthew Wade were all set to take part in the Shield clash.

But Queensland Cricket CEO Terry Svenson believed the Bulls would be back in action soon.

“Whilst we are disappointed the Shield game isn’t going ahead as scheduled, we remain confident that it will be played soon,” Svenson said.

“Cricket Australia are working through the options available for us and we look forward to a satisfactory outcome for both teams.”

“This is not a decision that was taken lightly.

“While the situation in Queensland hasn’t prevented the match from commencing today, a cautious and considered approach is being taken and it is our strong opinion that we are better having our players and staff home as we build a better understanding of the current landscape.

“We look forward to playing the Queensland Bulls at the first opportunity.

“We thank Queensland Cricket and Cricket Australia for their understanding and flexibility with this match postponement and we hope that this preventative measure will, with hindsight, not have been required.”

Cricket Australia are yet to make a call on Sunday’s one-day match.

“The (Shield) match will be re-scheduled to a new date later in the season, following the Tasmanian team’s decision to fly home today,” a CA statement said.

“Further updates regarding the scheduled Marsh One-Day Cup match between the two sides … will be provided in due course.”

More Shield games are yet to be confirmed as CA works with multiple state governments to find a temporary home for Victoria and NSW’s squads due to border restrictions and lockdowns.

Only one Shield game and one-day match have been held to date due to schedule disruptions caused by COVID-19.

The four-day game between South Australia and Western Australia ended in a draw on Monday after they contested a one-day match last week, both in Adelaide.