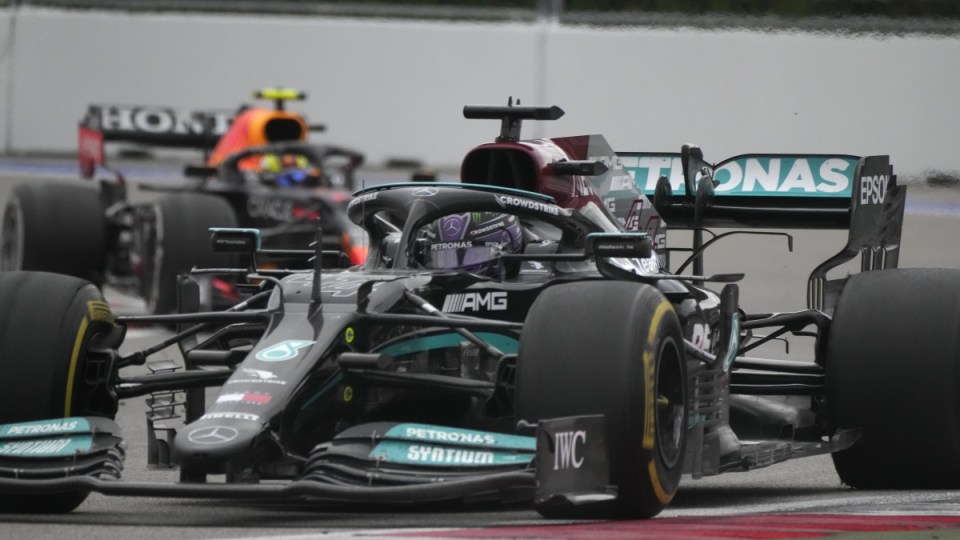 Lewis Hamilton has won a dramatic rain-hit Russian Grand Prix to earn his landmark 100th Formula One race triumph after his fellow Briton Lando Norris was denied his first victory in a thrilling rain-hit finale.

Norris, 21, appeared on course to keep Hamilton at bay and become the youngest British Formula One winner in Sochi on Sunday night.

But the race turned on its head with just eight laps remaining when the rain arrived.

Hamilton moved to the wet tyres with four laps left, but Norris stayed out on slick rubber after telling his McLaren team he did not want to stop.

However, the decision came back to haunt the young Englishman as the rain increased.

He was unable to keep his McLaren on the track and slid out.

Hamilton claimed the 100th win of his career, ahead of Max Verstappen, who drove from last to second, with Carlos Sainz completing the podium and Australian Daniel Ricciardo, winner of the previous race at Monza, coming home fourth.

It was his fifth win of the season and his first since the British Grand Prix in July.

Hamilton turned Verstappen’s five-point championship lead into a two-point lead of his own as the Dutch driver finished second after a dramatic drive from last on the grid. Carlos Sainz was third for Ferrari.

Verstappen started last after a penalty for an engine change in his Red Bull but sliced through the field and had Hamilton in sight by the halfway stage.

Hamilton’s Mercedes worked better on the hard tyres in the second half of the race and Verstappen’s charge seemed to have stalled when he was overtaken by the Alpine of Fernando Alonso and stuck in seventh.

But then the rain came with six laps to go and Verstappen switched to intermediate tyres early, allowing him to claim an unexpected podium finish and limit the damage to his hopes of a first title.

“We didn’t lose so many points today, so that’s really, really good,” Verstappen told his team over the radio.

Norris trailed in seventh after his gamble to stay on dry tyres against the advice of his team failed.

“It would have been tough to get past Lando if not for the rain. He had great pace,” said Hamilton.

Hamilton has now won the Russian Grand Prix on five of eight occasions, and his victory Sunday continues a clean sweep of victories in Russia for Mercedes cars.