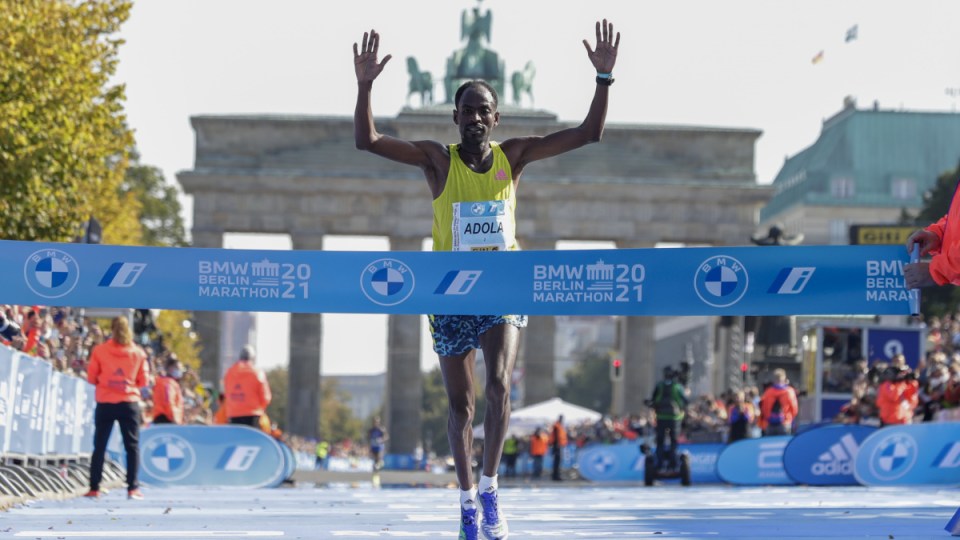 Ethiopian Guye Adola survived a midway comeback from race favourite Kenenisa Bekele and a late surge from Kenyan Bethwel Yegon to power to victory in the Berlin marathon on Sunday.

Yegon finished in second place ahead of Bekele, who had to settle for third.

There was no world record this time at the flat inner-city course, but there was enough suspense and excitement before Adola crossed the finish line with an unofficial time of two hours, five minutes and 45 seconds for the biggest win of his career.

Adola, who was second in Berlin in 2017, was made to work hard from the start as part of the leading group of runners who set off at a dizzying pace with Bekele, a multiple Olympic and world champion over 5000m and 10,000m, in the lead.

The Ethiopian, along with countrymen Adola and Tefsaye Lencho, was three seconds off the world’s best mark set after the opening seven kilometres on a sun-drenched and warm autumn day.

The 39-year-old Bekele, who was two seconds off the world record in 2019 in Berlin for the second fastest-ever marathon run, was still on world record pace after 15km before dropping some 100 metres behind.

While Bekele refused to continue at that pace, Adola stayed with the group of four runners that included Kenyans Abraham Kipyatich and Philemon Kacheran.

The high speed and warm temperatures gradually took their toll as the pace dropped considerably, and Bekele managed to claw his way back into the leaders’ group.

One by one Adola’s rivals then started to peel off, leaving the 30-year-old in charge.

But he still had to survive a late surge from Yegon with four kilometres left as the Kenyan tried to surprise him with a strong finish.

But Adola pulled away to cruise to victory, leaving Yegon in second place and Bekele, who had contracted COVID-19 nine months ago and had not run competitively in 18 months, in third.