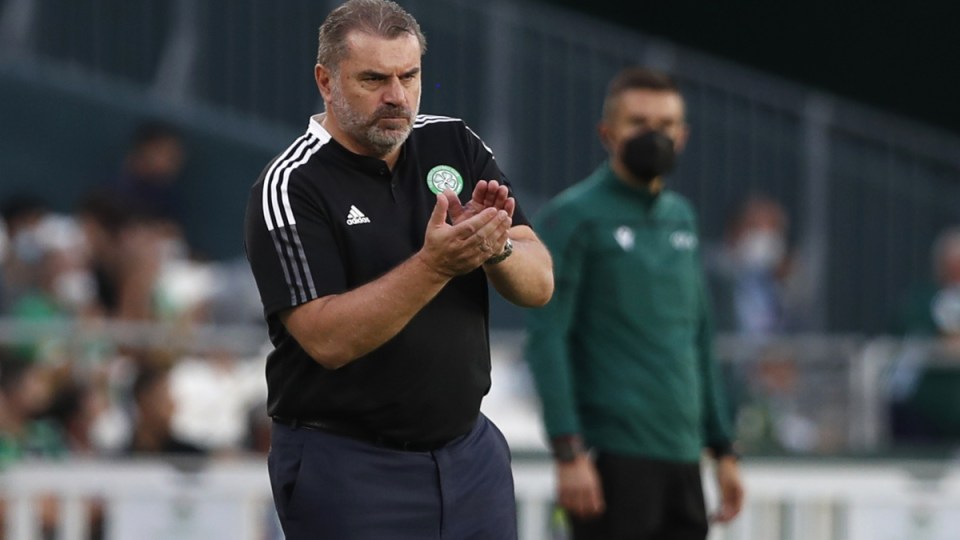 Ange Postecoglou reckons Celtic fans are behind him despite the team's difficult period. Photo: AP

Ange Postecoglou is adamant that he won’t allow any outside noise to influence how he goes about his Celtic rebuilding job.

The manager has been the subject of scrutiny this week after a third defeat in six league games away to Livingston condemned Celtic to an unusually poor start to a season.

However, Postecoglou believes the majority of supporters are mindful of the situation he inherited in the summer and remain on board with the style of play he is trying to instil.

The Australian won’t allow the opinions of any pundits to change the way he goes about his business.

📺 "We are expecting a tough game, we are expecting an opponent determined to try stop us. Our job is to try impose ourselves on them and create an atmosphere in a football environment that’ll make it difficult."

He said: “I’m not on social media and I’m not a great reader of what’s going on around the place, but my general feeling is that our supporters are totally understanding of the situation we’re in and have been very supportive right from day one.

“I haven’t sensed a shift in that, although I know Sunday’s game was probably the most disappointed they’ve been in our performance.

“I’ve never felt that our supporters were thinking this would be a quick fix at any stage.

“For us, it’s about what we do internally here.

“We can’t get caught up in what outside timelines are or what expectations are from various people who are obviously going to critique what we do when things aren’t going well.

“We’ve just got to stand up and face that and accept that as part of the process.

“We’re starting on a road to being a certain type of football team and we won’t waver from that.

“I’ve got confidence in the group and what we’re trying to achieve and all these things that happen along the way are just challenges to our commitment to it. We’ll just keep ploughing on in this direction.”

Celtic has won only one of its seven away games in all competitions this season, but Postecoglou is adamant his team is generally playing well enough on its travels to soon start picking up results.

“Things will settle down. The key thing is that we stay calm and stay strong.”

Ange Postecoglou confident Celtic fans are behind him