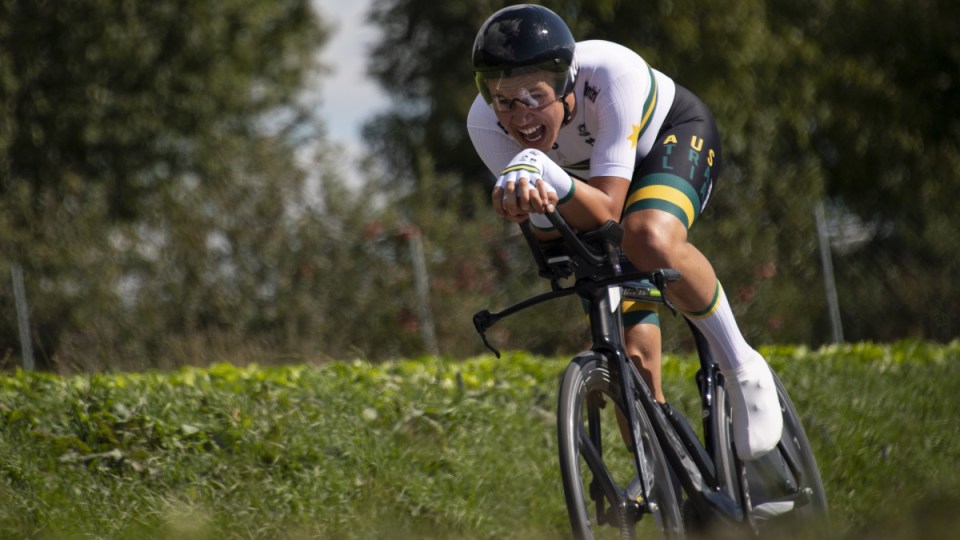 Rising Australian cycling star Luke Plapp has capped a rollercoaster couple of months with a silver medal at the world road championships.

It is Australia’s first medal at the week-long championships in the Flanders region of Belgium.

The 20-year-old from Melbourne recovered from an elbow fracture last month to set the early benchmark in the under-23 time-trial on Monday.

Dane Johan Price-Pejtersen was the only rider who could better his time.

It's edge of the hotseat viewing! Aussie Luke Plapp sitting with the fastest time at the finish… but the others aren't far off the pace!

Tune in now on @SBSOnDemand to watch all the action from the U23 Men’s TT!
Watch here: https://t.co/Arq7NEVE2F#couchpeloton #Flanders2021 pic.twitter.com/GEfazxmnwq

Price-Pejtersen rode 34 minutes 29 seconds over the flat 30.3-kilometre course from Knokke-Heist to Bruges, 10 seconds quicker than Plapp, while Belgian Florian Vermeersch was another two seconds adrift for the bronze medal.

The reigning Australian time-trial champion then competed at the Tokyo Olympics on the track as a member of the team pursuit squad.

Plapp came into the line-up when Alex Porter face-planted onto the track at high speed, after the handlebar snapped off his bike during Australia’s qualifying ride.

The Australians won bronze, the only medal of another disappointing Olympic track cycling campaign.

After Tokyo, Plapp raced at the Tour de l’Avenir in France, a key stage race for emerging riders.

But he crashed in stage one on August 14 and eventually had to pull out of the tour because of an elbow fracture.

That restricted him to indoor cycling for several weeks ahead of the worlds, adding lustre to his podium finish.