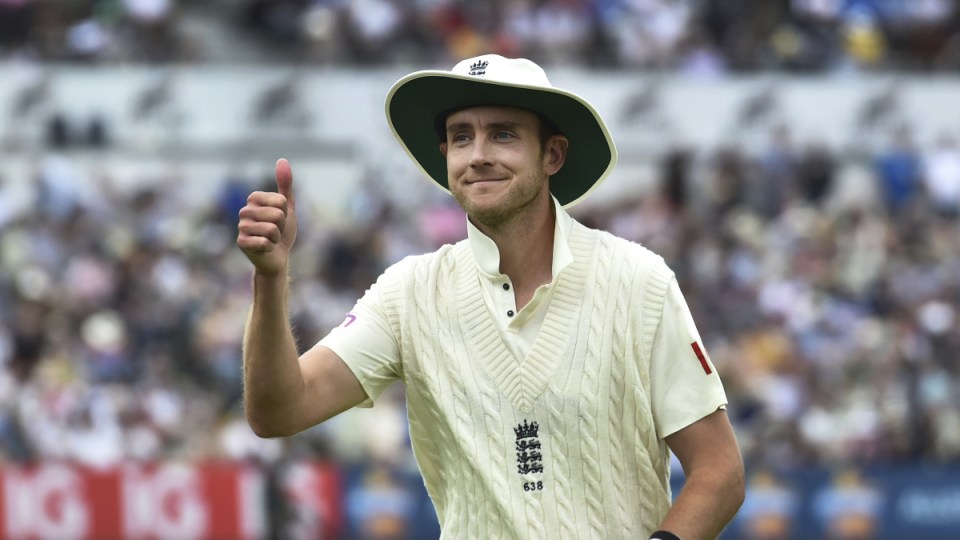 Stuart Broad accepts England's Ashes tour of Australia won't be like any other due to the pandemic. Photo: AP

Star English seamer Stuart Broad has called for more detail about the summer’s Ashes tour, saying players need further information from Cricket Australia about how the series will work.

Broad said he is working tirelessly to prepare for the tour, but said “minimal detail” has been available about COVID-19 issues such as quarantine.

The veteran bowler said he would totally accept if a teammate opted out of the tour.

Broad wrote at length about the forthcoming Ashes series in his Mail On Sunday column, saying he is certain the tour will go ahead.

“The ECB have tried to keep us as informed as possible with the information that they are getting from Cricket Australia,” Broad wrote.

“It’s just that minimal detail has been available. I don’t think anyone can say hand on heart that we won’t be living in a bubble out there and that will be extremely challenging.”

A calf injury meant the 35-year-old has not played since the first Test of the home series against India.

The final Test in the series was abandoned earlier this month because of COVID-19 concerns among the tourists.

“It is now just a couple of weeks away from a squad being selected, but players can’t sign up to something unless they know what they are signing up for,” Broad said.

“If you ask me if I would be happy to get on a plane to Australia in November, I would say yes.

“I am working tirelessly to get there. I don’t feel there will be a postponement. In my mind, it is 100 per cent clear that an England team of some description will embark on the tour.

“But if another player called me and told me they couldn’t commit, I would totally accept it.”

Broad said he is resigned to it being the most unusual of Ashes tours.

But he called on the ECB to make every effort for the tour to be as comfortable as possible for the players.

“Give us the best possible chance to be mentally strong come January with the environment that is created,” he said.

“Let’s try to make it as comfortable as possible for us because if you go somewhere like Australia and have to bunker down, you won’t enjoy being in one of the greatest places on Earth – and aren’t going to win at cricket either.”

Broad hopes COVID-19 rules will be less restrictive than for last year’s tour of India, when he said players could not leave their hotel rooms for a coffee.

“There has to be a sensible balance. For example, I naturally wouldn’t go to an Ed Sheeran concert at the MCG, but it shouldn’t stop me being able to play a round of golf,” he said.

Broad expects they will have to quarantine when they arrive in Australia, but wants the England team to be able to train during that time.

He is resigned to his wife Mollie not joining him on the tour.

Broad also had sympathy to India not wanting to play the last Test against England, saying 10 weeks in hotel rooms took a toll on him last year on the Indian tour.