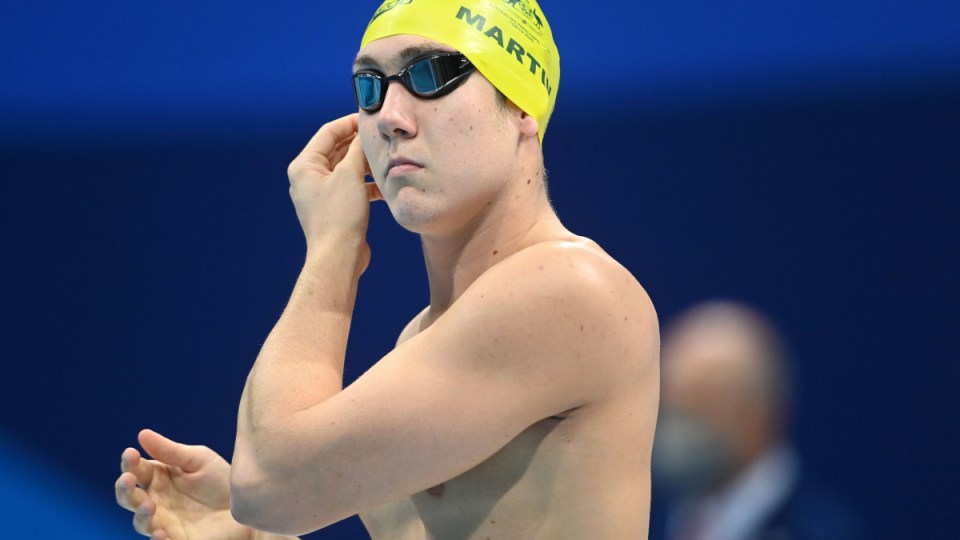 Will Martin has broken his world record twice to claim gold in the Paralympic100m butterfly S9. Photo: Paralympic Australia

Swimming sensation Will Martin has smashed his own world record twice to claim his third gold medal at the Tokyo Paralympics.

Martin, who had already won the 400m freestyle S9 and was part of the 4x100m freestyle relay team that claimed the world record when winning their event, dominated the S9 100m butterfly on Thursday.

He was the only swimmer in qualifying to better one minute, clocking 58.14 seconds to break the world mark of 58.28 he set earlier this year on the Gold Coast.

What a start in the pool! Will Martin wins gold in a world record time (57.19) in the Men's 100m Butterfly S9.#ReadySetTokyo #Tokyo2020 #Paralympics #ParaSwimming @DolphinsAUS https://t.co/ICgWtpDBeu

Hance clocked 57.73 seconds, just shy of the 57.56 world record he set at the June national trials in Adelaide.

The next step of Dylan Alcott’s golden slam campaign is on hold until Saturday as Tokyo’s wet Tokyo weather forces changes to Paralympics scheduling.

The Australian wheelchair tennis star was supposed to play the final of the quad singles against Sam Schroder of the Netherlands on Thursday night.

But the rain and a subsequent backlog of matches have pushed back the match until Saturday morning.

Alcott has already won the Australian Open, French Open and Wimbledon wheelchair titles this year and will head to New York after the Paralympics for the US Open next week.

‘Give it up, mate’: Backlash for McGowan after Dutton criticism
‘No rules broken’: Stefanos Tsitsipas booed again
Today's Stories

Will Martin wins his third gold, together with S9 100m butterfly world record