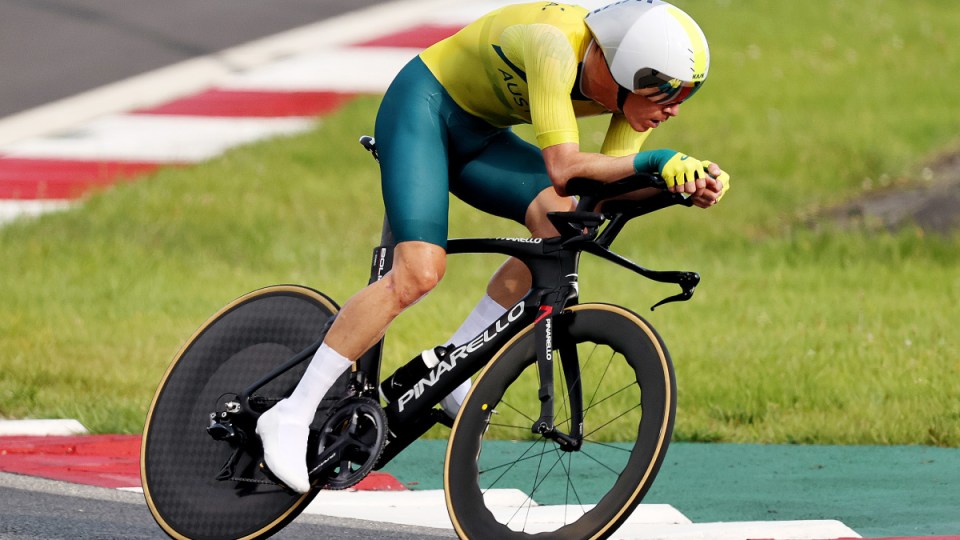 Australian cycling star Rohan Dennis has had to settle for bronze in his signature event, the individual time-trial.

Dennis, the 2018 and ’19 world champion in the time-trial, bypassed last Saturday’s road race to focus on this event.

Nine years after winning 🥈 on the track in the Mens 4000m Team Pursuit at London 2012, 3x Olympian Rohan Dennis is back on the Olympic dais, this time on the road 🥉

He clocked 56 minutes 08.09 seconds for the bronze medal.

It is some redemption for the Rio Olympics, when he was on the way to a likely silver medal when an aerobar extension snapped and he finished fifth.

Dennis also won silver on the track at the 2012 Olympics in the team pursuit.