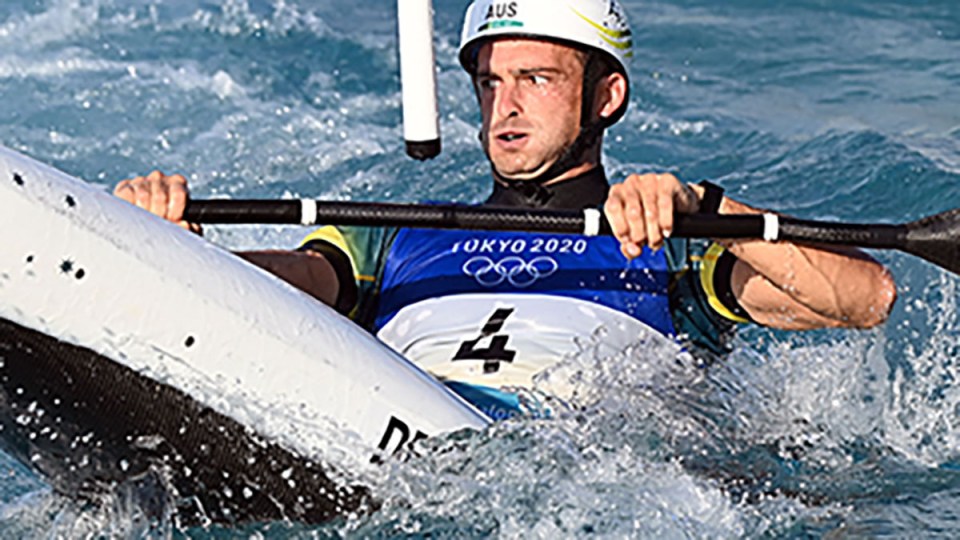 Lucien Delfour has taken some spotlight heat away from star teammate Jessica Fox, proving he too is an Olympic canoe slalom medal chance.

While Fox backed up her K1 bronze medal by qualifying fifth fastest for the C1 semi-finals on Wednesday, Delfour made a name for himself, qualifying for the men’s K1 semi-final in third spot.

The semi-final and medal races will both be held on Thursday.

Delfour, 32, posted the second-best time in the initial qualification run and proved it was no fluke by delivering another big showing.

Although he appeared to struggle on the upper section, his time in race two was 0.98 seconds behind German pacesetter Hannes Aigner, who finished fourth in Rio.

French-born Delfour, who has been competing for Australia since 2010, is looking to improve on his 17th place in Rio, which he then described as a disappointment.

Awesome first qualifying run for @LucienDelfour in the men’s K1 💪

Fox was hot favourite for the K1 gold medal on Tuesday but a late penalty saw her relegated to another bronze, after the same result in Rio and a silver medal in London.

After laying down the second best run in the opening C1 qualifying round on Wednesday, Fox appeared to take a relaxed approach to the second race.

She hit the two gates on the upper part of the course but safely navigated the rest, cruising to the finish line.

With the two errors adding four seconds to her score, she was 5.87 seconds behind British leader Mallory Franklin but easily advanced through to the next round.

Reigning world champion German Andrea Herzog sent a warning, delivering the second-fastest time with the semi-final and medal race to come on Thursday.

The C1 is a new event in Tokyo, adding to the schedule in place of a men’s C2 to give the sport gender parity.

‘Should have been a penalty’: Boy crash-tackled by PM gives his verdict
Rohan Dennis collects bronze in cycling time-trial
Today's Stories