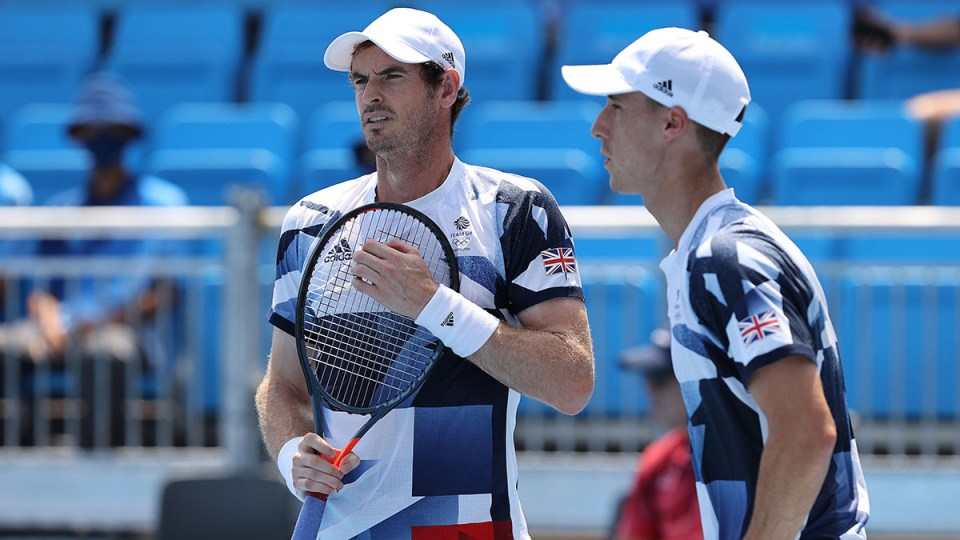 Andy Murray and Joe Salisbury in the men's doubles on Wednesday. Photo: Getty

Andy Murray’s quest for a fourth Olympic medal is over after bowing out in the men’s doubles quarter-finals alongside Joe Salisbury at Tokyo.

The pair had raised expectations by making the last eight and led Croatian duo Marin Cilic and Ivan Dodig by a set and a break on Wednesday.

Murray is the only tennis player ever to win successive Olympic gold medals – in London and Rio – and he also has a 2012 silver in the mixed doubles with Laura Robson.

Given his ongoing struggles to stay fit, which included pulling out of the singles at Tokyo with a thigh strain, it seems highly unlikely he will compete at a fifth Games in Paris.

“I don’t know if I’ll get the opportunity to play again,” Murray said.

“I’ve loved every minute of playing in the Olympics. I wish that today could have gone differently.

“I had another chance with Joe to win a medal, we were so close, and that’s what’s disappointing.

“I would like to have done some stuff differently in the match to try to help out more.”

Murray will now head home for more rest and recovery but is hopeful of being fit for the US Open, starting on August 30.

“I’ll see how the injury heals. That’s what will dictate it. I’m not going to rush something if it’s not there,” he said.

“My team think I should be OK to play the US Open judging by how I felt in matches here.

“It’s not as physical as singles but there’s a lot of explosive movements and my leg felt fine.”