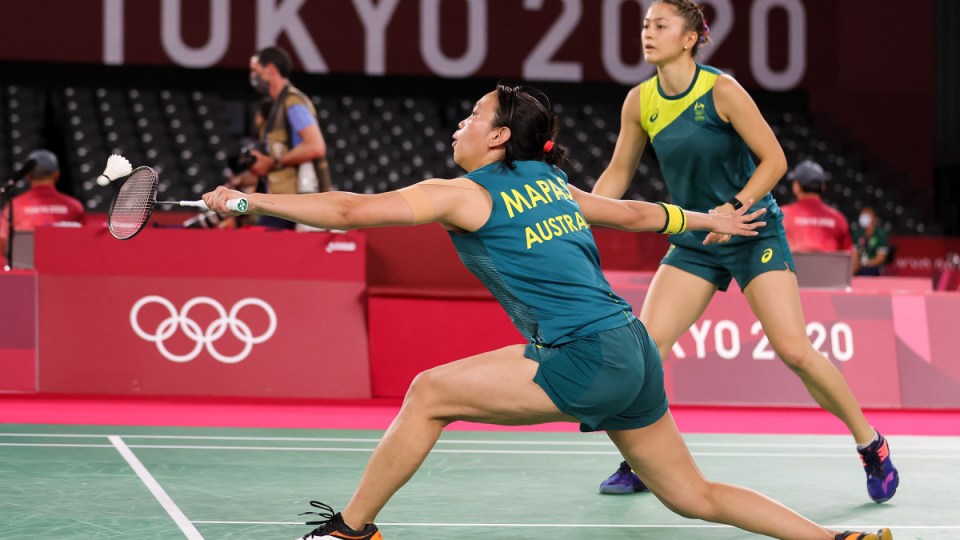 Progressing from the Tokyo Olympics group phase was always going to be a tough ask for Gronya Somerville and Setyana Mapasa, but signs of improvement are there for Australia’s badminton women’s doubles pairing.

Somerville and Mapasa went down to China’s Du Yue and Li Yin Hui 21-9 21-12, their second straight loss ending their chance of moving on to the quarter-finals.

The Australians, ranked No.23 in the world, just couldn’t get on a roll at any stage of the match, struggling to win points on their serve against the world No.6 pairing.

But their 21 points for the match was an improvement on the 15 points they managed in their opening loss to the world No.4 combination from South Korea.

And their fight was also clearly evident, winning the longest rally of the second game – a 41-shot battle – on the Chinese combination’s first match point.

Somerville and Mapasa close their campaign against Danish world No.15 pairing of Maiken Fruergaard and Sara Thygesen, who will have everything to play for as they chase a quarter-final berth following their upset win over South Korea.

Earlier on Monday, Somerville and Simon Leung closed out their involvement in the mixed doubles with a third straight loss, going down to Denmark’s Mathias Christiansen and Alexandra Boje 21-6 21-14.

Badminton finals out of reach for Australian pair